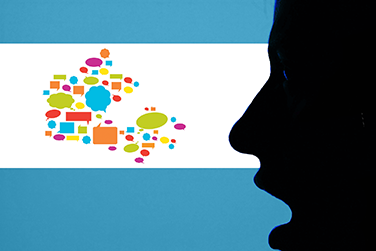 Most people know heritage when they see it. We travel to towns and cities to admire historic buildings. We visit museums to see artifacts from cultures past and present.

But there are other ways history is passed down that are harder to hold onto and to recognize, even though they’re a daily part of life. They belong to what we call intangible heritage.

Intangible heritage is the practices, skills, arts, crafts, events and rituals within a culture. This might sound like it covers a lot, and it does! One of the amazing things about intangible heritage is that there’s so much of it! All the more reason to keep track of how it’s doing and make sure it continues to be practised by future generations.

In fact, in order to stop at-risk intangible culture from disappearing, UNESCO keeps an official list that includes so many incredible things: everything from women divers on a Korean island to beer culture in Belgium to falconry in Europe and the Middle East.

If you want to learn more about intangible cultural heritage, UNESCO’s Intangible Cultural Heritage website is a great resource!

Where language fits into the picture

As you can probably guess, language is a form of intangible heritage. It’s about so much more than spelling and grammar. Unfortunately, just like our historic buildings and natural environments, languages can disappear forever.

In this article on endangered languages, the Alliance for Linguistic Diversity perfectly summarizes the true value of language by explaining what we lose when one goes extinct: “the understanding of how humans relate to the world around us; scientific, medical and botanical knowledge; and most importantly … the expression of communities’ humor, love and life.”

How Canada measures up

Both in Canada and abroad, there’s a critical need to raise awareness about the importance of our languages. We need to encourage action that will help save at-risk languages and maintain the amazing diversity our languages represent.

How the Language Museum can help

The Canadian Language Museum is part of a growing, global effort to preserve and celebrate languages and to educate the public about them. Our mission is to promote all of the languages spoken in Canada. It’s a challenge, but we feel it’s an important one.

After all, few countries can match Canada’s rich and varied language heritage, which includes Indigenous languages from coast to coast, the official languages of French and English and their regional dialects, and the many languages brought to this country by more recent immigrants.

So how do we do this? We display exhibits and host special events at our location in the Glendon Gallery at Glendon College in Toronto. We also produce travelling exhibits that bring information about Canada’s rich language heritage to Canadians across the country. Our exhibits have been shown in schools, museums, libraries, hospitals, community centres and more! You can also check out the Canadian Language Museum blog for interesting language research news and interviews.

If you’d like to learn more about our museum, host one of our exhibits or simply get in touch with us, please visit the Canadian Language Museum website. We’re always interested in speaking with potential collaborators, partners, volunteers and anyone passionate about the many languages that can be found from coast to coast.

Have you taken part in efforts to preserve a language in Canada or elsewhere? Tell us about your experience! 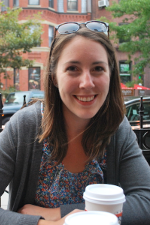