Make an impression with stylistic devices

Posted on
September 30, 2019
Written by
Ève Lyne Marchand (About the author) 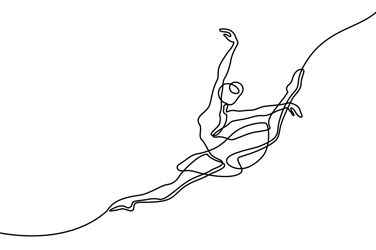 You don’t have to be Shakespeare to use stylistic devices. If you speak English, I guarantee that you use them. And probably even some with names that would score you the win in Scrabble, such as hyperbole, cacophony and juxtaposition, just to name a few. Let’s explore the main stylistic devices together. Along the way, feel free to click on the hyperlinked terms to learn more. Are you ready? All right, let’s find out what stylistic devices are all about!

A stylistic device is a linguistic technique that modifies everyday language to make it more expressive. Stylistic devices can play with the meaning, form, sound and order of words. They allow us to express something with more panache!

In school, the first stylistic device we learn about is the analogy. We start with similes, such as “happy as a clam,” “fight like cats and dogs,” and “light as a feather.” Then we move on to the metaphor, the simile’s cousin, which, unlike the simile, doesn’t use like or as to create a comparison. Some examples include “The room was a furnace.” “Life is a rollercoaster.” “The visit to the spa was an oasis of calm in a hectic week.” “Her voice is music to my ears.” And the list goes on …

I'm sure you've noticed that expressions are great sources of stylistic devices. If you call yourself a “Wayne Gretzky” on the ice, you’re using an antonomasia. In other words, you’re using a proper name as a substitute for a common noun. If you shout to the opposing team that “you’ll show them a good time,” you’re so sure of yourself that you dare to use an antiphrasis, because clearly you’re suggesting that the game won't be any fun for them at all. Finally, the celebratory pint you’ll have after your victory is a good example of metonymy, which involves replacing the name of something (in this case, beer) with the name of another closely related thing (a pint glass).

Stylistic devices have their place in business as well. A euphemism is a great way to exercise tact by expressing something harsh in a milder way. Sending a call for interest to job seekers rather than the unemployed is a good example of the use of euphemism. Ellipsis can be effective in administrative documents. In a long sentence, or even a short one, this type of omission is practical as long as it doesn’t create any ambiguity. You may even have used an ellipsis before, in a sentence like the following: “The conference starts at 9:00 a.m.; registration, at 8:30 a.m.” Finally, if you simply want to lighten the mood around the office, you might try a pun, such as “Nice scissors! They’re looking pretty sharp.”

Stylistic devices of all kinds are widely used on social media. For starters, if you say you’re surfing the Internet, you’re using a catachresis, because you’re using the word “surf” in a way that deviates from its traditional meaning. On social media, you can drop syllables from words with ease, using an aphaeresis (such as “’cause” instead of “because”) or an apocope (such as “fab” instead of “fabulous”). And you can even drop spaces to merge words, whether they’re preceded by a pound sign (#) or not. Examples of such syntagmatic amalgams include #whatchadoingPound sign W H A T C H A D O I N G (What are you doing?), #gotchaPound sign G O T C H A (Got you) and amiritePound sign A M I R I T E (Am I right?).

Stylistic devices for everyone

There you have it! We all use stylistic devices everywhere, all the time. We use them to be fancy, to be funny, to make believe and to make an impression. In fact, it’s in these various deviations from traditional meaning that the richness of our thoughts, emotions, personalities and imaginations lie.

Another great website for exploring stylistic devices is Silva Rhetoricae: The Forest of Rhetoric (http://rhetoric.byu.edu/).

Nice! Thank you for sharing.

Nice! Thank you for sharing.

Wonderful article! Love all the examples and technical terms, some of which I hadn't heard of before.