Posted on
April 6, 2021
Written by
Ève Lyne Marchand (About the author) 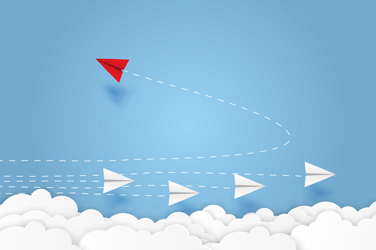 In my post Make an impression with stylistic devices, I described some of the stylistic devices that all of us use: comparison, metaphor, metonymy, etc. But there are others that you need to be aware of because they’re considered to be stylistic errors. Today, I’m writing about anacoluthon, which is often seen in English writing in the form of “dangling modifiers.”

No, anacoluthon isn’t a type of anaconda

Anacoluthon is a breakdown in the structure of a sentence. It’s heading in one direction and changing your mind halfway through. In other words, anacoluthon occurs when the ideas aren’t connected. Some writers use it to surprise or confuse their readers. Here’s an example:

Cleopatra’s nose, had it been shorter, the whole face of the world would have been changed.

This quote, from French thinker Blaise Pascal, surprises the reader because they expect “it,” which refers to “Cleopatra’s nose,” to be the subject of the verb “would have been changed.”

That’s how syntax works in English. The verb in the introductory clause (“had … been”) and the verb in the main clause (“would have changed”) must have the same subject. Playing with this syntax leads to a breakdown in the structure.

If Pascal did it, then why is it an error?

Anacoluthon is considered to be an error because it results in sentences that don’t follow the logic of English grammar. Anacoluthon can certainly be used to create an intentional stylistic effect, but it becomes an issue when it creates an unintentional effect. In short, anacoluthon is problematic because it can have secondary effects.

Secondary effects? But what do they have to do with grammar?

By “secondary effects,” I mean unintentional effects that interfere with the reader’s ability to understand the message.

How to be smarter than Pascal

The introductory clause and the main clause must have the same subject.

There are several strategies to achieve this.

Change the subject (and the verb) in the main clause

Incorrect:
As a follow-up to our discussion, you will find the attached report.

Incorrect:
Written by the committee, I am giving you the report.

Correct:
I am giving you the report written by the committee.

Replace a verb in the infinitive with a noun

Incorrect:
The report will be sent to management to approve the changes.

Correct:
The report will be sent to management for approval of the changes.

Using these three strategies will help you avoid structural errors.

You can also read the following articles on the Language Portal of Canada: “The Elusive Dangling Modifier” (from Peck’s English Pointers) and “dangling modifiers” (from Writing Tips Plus). For more information on anacoluthon, check out Brian Mossop’s article “Understanding Poorly Written Source Texts” (from Favourite Articles).

Thank you for your comments.

Thank you for your comments. I am glad you found the article informative.