Reflections on an Anglo-Gatinois childhood

Posted on
November 12, 2019
Written by
Arwa Ahmed (About the author) 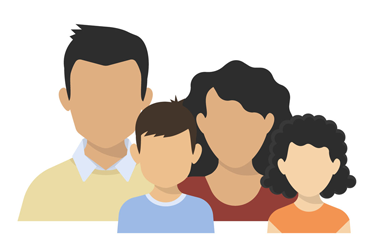 As another mysterious French flyer is left at the door of my childhood home, I can’t help but laugh. Growing up as an Anglophone in Gatineau and as a child of immigrants, I’ve had to translate my fair share of documents for my parents. From unilingual legal papers to report cards, local event flyers and dental appointment voicemails, I’ve translated them all. Looking back, I could have probably taken advantage of all the power that I had at such a young age. “That phone call? Oh, that! That was just the dentist calling to say that my teeth are the cleanest he’s ever seen! He said that I never needed to come in ever again!”

Evidently, being a member of an official language minority community is not always humorous. When I was in high school, my closest friend group consisted of four other Anglophones. We would eat together, laugh in the hallways and feel like we had our own secret language. Teachers would often reprimand us for speaking in English, reminding us that we were in a French school. Having to attend French schools until I reached CEGEP was really difficult for me. I constantly felt exhausted and insecure from having to speak my second language. I never felt like I was fully myself, and I was overly conscious of my French abilities. Words would seldom come to me on their own, and I always had to translate things in my head towards English. When I spoke with my classmates, I inevitably felt like I was different, despite having had a similar upbringing. Today, the majority of my close friends have moved to Montreal for university, where the English-speaking community is a lot stronger and more vibrant.

In addition to my struggles within the educational system, I’ve witnessed first-hand the challenges that my parents have faced, because they weren’t able to speak any French.

Twenty-two years ago, my parents made the tough decision to not teach my brother and me Arabic, our native language, so that we could learn both of Canada’s official languages. Being immigrants and people of colour, my parents wanted my brother and me to get as many opportunities as we could. Today, I’m extremely grateful for this sacrifice. Without their dedication and perseverance, I wouldn’t be writing this blog post right now.

I’m proud to say that I currently work as a student at the Official Languages Branch of Canadian Heritage, helping institutions implement Part VII of the Official Languages Act (OLA). This Federal Student Work Experience Program experience has been unlike any employment opportunity that I’ve had before. I’ve learned and grown so much during my time here, and I keep being exposed to new things. Working in a predominantly French environment as an adult has given me so many more chances to practise and maintain my French after all these years.

One of my most important realizations during my time here is that no matter where official language minority communities are located, they all face the same challenges. When it comes to issues ranging from a lack of health services to a need for minority language employment and social initiatives, Francophones outside Quebec and Anglophones in Quebec aren’t so different. We all just want the development of our communities and the promotion of official languages.

This year, we’re celebrating the 50th anniversary of the OLA. Ever since it came into force in 1969, the importance of bilingualism and linguistic duality in Canada has been evident. However, there’s room for improvement. I would like to see efforts towards the preservation of Indigenous languages and culture continue. In addition, the modernization of the OLA that is currently under way will be a great opportunity to reflect on how we can do better. It’s up to us to unite and to address the needs of official language minority communities for the generations to come. How do you envision the future of official languages over the next 50 years? 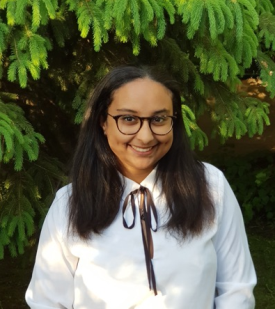 Arwa Ahmed, a fourth-year conflict studies and human rights student at the University of Ottawa, is passionate about social justice and likes to promote discussions on mental health. At the very first Law Needs Feminism Because conference held at McGill University in 2017, Arwa hosted a talk called “Diversify the Law,” where she spoke about the stigma surrounding mental health, racism in professional settings and LGBTQ2+ discrimination. She is currently working as a student at the Official Languages Branch of Canadian Heritage.