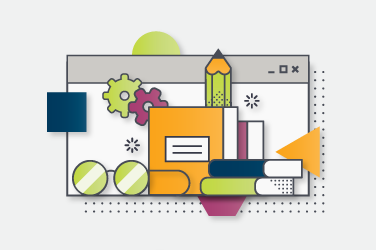 When the gender of someone you are writing about is unknown or outside the gender binary, it’s important to avoid references to gender and to write inclusively. In the area of gender-inclusive writing, terminology is constantly evolving. For example, a newer variation of “LGBTQ+,” intended to better represent diverse gender identities, is “2SLGBTQI+.” One of the major changes is that “2S” or “two-spirited” is placed in front of the more familiar abbreviation. On a similar note, “x” and “@” have been proposed as symbols for gender neutrality, for example, “Mx.” instead of “Mr.” or “Ms.,” and “Latinx” or “Latin@” instead of “Latino” and “Latina.”Note 1

Should you use “Mx.,” “Latinx” or “Latin@” in your writing? That depends. Such expressions have layers of meaning that are different for different people. A good solution would be to turn to reference materials that have the latest information. Here are some resources that may be helpful in navigating new directions in inclusive writing.

The Conscious Style Guide website is a compendium of developments in the field of inclusive language. It was founded by Karen Yin, who launched both the website and The Conscious Language Newsletter in 2015. Yin encourages us to think critically about using language in order to avoid unconscious bias. The site also includes the Gender, Sex + Sexuality guide, which focuses specifically on gender inclusivity and lists a wealth of resources.

A Progressive’s Style Guide is a well-known guide started in 2015 by SumOfUs, a global non-profit advocacy organization. The Guide provides information on a range of issues related to inclusive writing and promotes thoughtfulness and openness about how language is used. SumOfUs consulted a large number of resources and provides terms used by activists and terms avoided or questioned by activists in issue areas including age, disability, health, gender and sex.

The Language Portal of Canada

The federal government’s Language Portal of Canada contains resources on many topics, including inclusive writing, in its Writing Tips Plus tool.

Be sure to check out the Guidelines for Inclusive Writing, which provide practical techniques and solutions in this field.

One of the resources included in the Guidelines is the Inclusionary, along with its French counterpart the Inclusionnaire. The Inclusionary contains a list of more than 100 gendered words with suggestions for more inclusive versions, such as “anchor” or “anchor person” instead of “anchorman” or “anchorwoman.”

The UN Guidelines for Gender-Inclusive Language provide best practices and strategies. The Guidelines were developed semi-independently in each of the UN’s six official languages and thus “reflect the specificities and unique features of each language.”

UNTERM, which is the United Nations Terminology Database, provides up-to-date terminology relevant to the work of the UN in the six UN official languages, plus German and Portuguese.

For example, the research is very recent for the UNTERM entry “genderqueer person,” which is defined as “A person who does not subscribe to conventional gender distinctions but identifies with neither, both or a combination of male and female genders.” The source listed is “Oxford English Dictionary, online version (consulted on 15 June 2022).” The French equivalents provided are “personne de genre queer” and “intergenre,” from a source dated March 2019.

Since inclusive writing is a very current issue, terminology in this area is subject to change, and it’s vital to keep up with developments. Otherwise, even with the best of intentions, we may inadvertently use hurtful, insensitive or inaccurate language. This blog post provides a few resources to help us all write more inclusively.

See the article “A guide to how gender-neutral language is developing around the world” in The Washington Post.