Condo terminology for those who dream of buying a condo 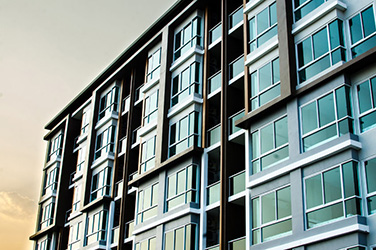 Condos are sprouting up in a neighbourhood near you and might offer better value than a house in your area. A condo could be a good choice for a first-time buyer or a retired person.

Terminology differs in different regions of the country

Is it called a condo or something else? It all depends on where you live. Most provinces talk about “condominiums,” “condos” or “units,” but the legal term in British Columbia is “strata,” and the legal term in Quebec is “co-ownership” (in French, copropriété). It’s all about location, location, location! Don’t worry, though, “condominium,” “condo” or “unit” can still be used unofficially in both BC and Quebec. Condos are under provincial jurisdiction and, in Quebec, they’re governed by the Civil Code of Québec (CCQ).

The members of the condo association or syndicate include all the co-owners or copropriétaires (in Quebec), or condo owners (in the rest of Canada, or ROC), who vote for a board of directors to make decisions on behalf of all the owners and tenants (lessees or locataires in Quebec). A general meeting of the co-owners (assemblée générale des copropriétaires) must be held to vote on decisions under the CCQ.

Here is some more technical information for the province of Quebec

What’s yours is mine, but what’s mine isn’t yours

In Quebec, when you buy a condo, it’s a fraction of a divided co-ownership property, which means that you’re adopting a community living lifestyle. As you know, co-owners, or their lessees in some cases (co-owners can rent their units if permitted to do so under the co-ownership’s by-laws), have certain rights to use the common portions, while individual owners have right of access to their private portions. Common portions may be located inside and outside the building and can include the parking lot, entrance or lobby, hallways, stairs, basement garage, gym, pool and gardens, among other things.

For more information, please read the Language Portal blog post “Condo dreaming in Quebec” and the article “Condorama: Reflections on the World of Condo Advertising,” published by OTTIAQ’s Circuit magazine.

Barbara, who holds a master’s degree in translation, has been a certified translator from French to English in the public and private sectors for over 15 years. Barbara currently works for the Translation Bureau and is a frequent contributor to Circuit, the magazine of the Ordre des traducteurs, terminologues et interprètes agréés du Québec.