The round ball and its double identity

Posted on
July 9, 2018
Written by
Marise Guay (About the author) , Language Portal of Canada 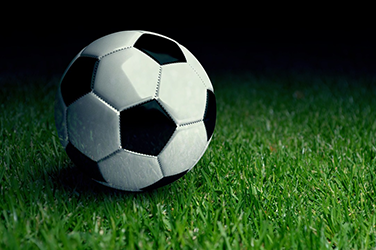 There’s a language issue that affects both Anglophones and Francophones, whether they’re interested in language or not. Since it’s a World Cup year, I thought the time was right to review some key information about soccer and to discuss this issue: when talking about the round ball sport, do you call it “football” or “soccer?”

A long, long time ago, the ancient Greeks, the Mayans and some Asian peoples played various types of games involving a ball and feet. While these games were not yet soccer, they were its forerunners in every way. Many versions of soccer thus coexisted until the official game was established in 1863, in England, when the Football Association was formed and the rules were standardized.

Origin of the word “football”

The sport we call "soccer" in Canada was originally called “association football.” The word “association” referred to the merging of various similar “associated” games. Over time, “association” was dropped, and the shortened name “football” was adopted by many countries where the sport is played, except in North America and some parts of Australia, Africa and Ireland. The equivalents in other languages include “futbol” (Spanish); “futebol” (Portuguese); “fussball” (German); and “fotboll” (Swedish).

Origin of the word “soccer”

The word “soccer,” on the other hand, originated in English when the word “association” was shortened to “assoc.” and then to “soc.” The suffix “er” was then added to form “socer,” which eventually became “soccer.” In Europe, the word “soccer” is sometimes seen as derogatory. Malicious tongues associate it with second-level teams …

A matter of usage … and popularity

Let’s be clear on one thing from the start: there is no French word for soccer. In fact, I haven’t seen any attempts even to create a French version of the English name, as was done for other sports, such as basketball (“ballon panier”) and volleyball (“ballon volant”).

Nonetheless, in Canada, the word “soccer” is used in both English and French to talk about the sport. Given the popularity of American and Canadian football, the name “soccer” was an ideal way to avoid confusion. It’s only in the last few decades that we’ve started hearing the word “football” to designate the sport. The round ball had won the hearts of Canadians. When we adopted the sport, we became interested in teams that excelled in it, including teams from Europe, where the word “football” (and its little brother “foot”) is king.

Thanks to information technology and open borders, the word “football” is gaining ground in Canadian usage. It’s to be expected: when you want to play in the big league, you have to embrace its traditions! And, let’s face it, during the World Cup, unless you live under a rock, you can’t misunderstand the meaning of the word “football.”

What’s your experience? When you’re with family or friends, do you talk about “soccer” or “football”? Do you use the word “soccer” in a derogatory way? Or have you ever read or heard the word used in a negative way?

Information about Marise Guay and the categories