From Vancouver to Jonquière

Posted on
February 10, 2020
Written by
Tolga Yalkin (About the author) , Assistant Deputy Minister, Treasury Board of Canada Secretariat 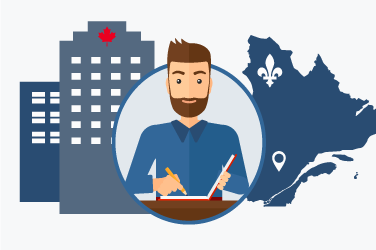 I was born in British Columbia to parents who had immigrated to Canada: my mother is from Australia and my father, from Turkey. So up until my trip to Jonquière, which I’ll tell you about below, I spoke English and Turkish. Even though I had grown up in Vancouver—a diverse, multicultural city—I hadn’t learned any French in primary or secondary school. To be honest, I’m a little embarrassed to admit that I spoke no French at all.

After finishing my law degree, I moved to Ottawa, where I got a position in the federal public service. I wasn’t bilingual when I started working for the government, but I committed to being functionally bilingual within two years. At the end of the two-year period, I started to panic: I had to learn French. My linguistic anxiety soared. I had to take action. At that point, I had the opportunity to participate in a six-week immersion program in Jonquière, a borough in the Saguenay–Lac-Saint-Jean region. It was a tremendous privilege to be able to learn French through this program.

A perfectionist by nature, I felt incredible pressure. I absolutely had to learn this language. Many people believed in my abilities, and I wasn’t going to let them down. But the more I sought to excel, the more my anxiety grew. I tried to seize every opportunity to practise: in class with my teacher and at home with my host family. I studied all day long, but I just wasn’t making enough progress. At that point, my frustration was as great as my anxiety. It was terrible!

One night, I broke down. I remember that moment vividly, right down to the paisley wallpaper in my room. I burst into tears and said to myself, “I can’t do this. I’m obviously incapable of learning anything.” I was so discouraged that I was ready to give up on my French classes and even my career. I pictured myself failing my language exams and losing my job. I even saw myself having to move back in with my parents in British Columbia. All that effort for nothing! It was a very dark moment for me, even though I can laugh about it now.

After I hit my breaking point, I realized that that moment was actually a blessing in disguise. It was my point of liberation. A huge weight had just been lifted off my shoulders, and I decided to stop stressing out about learning French. After all, I was the one who had put all that pressure on myself.

One of the things I discovered was that learning a language isn’t just an intellectual process. You can’t simply read books and expect to learn a language. You have to get out there and live in that language, because learning is the sum of our experiences. Once I realized that, I made the most of the privilege I had been granted, the privilege of being able to study in Jonquière.

I had to accept that I would make mistakes, need to repeat myself or have to reformulate what I had said in order to be understood. The pressure we put on ourselves is our worst enemy. It causes linguistic anxiety, which prevents us from communicating in the language we’re learning. The people we’re speaking to won’t remember the conjugation errors we might make. They’ll remember the message we were trying to convey. So we don’t have to be perfect!

My personal experience in Jonquière was especially valuable because that moment of reckoning changed the way I approached not only my French classes, but also other areas of my life in which I constantly tried to push myself. I learned that it’s important to set realistic goals and to accept that I might not improve as quickly as I would like.

So let’s stop being so hard on ourselves. Instead, let’s celebrate each little achievement, be proud of what we’ve accomplished and not let our anxiety get the best of us. 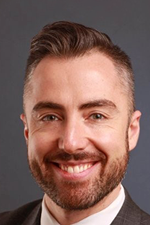 Tolga Yalkin is the assistant deputy minister at the Treasury Board of Canada Secretariat. He holds two bachelor's degrees (one in commerce and one in law) and two master's degrees (one in law and one in philosophy of law). His career has spanned various fields from quantitative to legal, including corporate finance, defence procurement, public sector policy and public law. He speaks English, Turkish and French, and is particularly interested in linguistic duality in Canada.

Your situation reminded me a

Your situation reminded me a quote from Allama Iqbal:
(Translation) Don’t fear the intensity of opposing wind, oh, eagle. It only blows to help you fly even higher.