Meet the spokespersons for the 2018 Rendez-vous de la Francophonie

Posted on
February 26, 2018
Written by
Nicole Dugré (About the author) , Language Portal of Canada 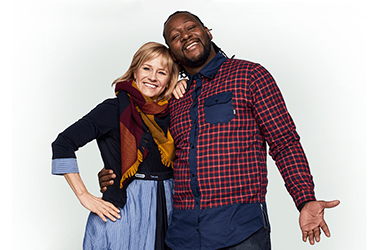 One is a Québécois comedian born in France of Congolese parents; the other is the chief executive officer of the World Trade Centre Winnipeg. At first glance, the spokespersons for the 2018 Rendez-vous de la Francophonie (RVF), Eddy King and Mariette Mulaire, seem to have little in common. But one thing brings them together: their passion for the Francophonie and the French language. We had the opportunity to talk to them about the role language plays in their daily lives.

Our Languages blog (OLB): Eddy, you’ve been exposed to different varieties of French. Can you recall something funny that happened because of a misunderstanding related to language?

Eddy: I was quite taken aback the first time someone came to me and used the expression “c’était écœurant” (literally, “That was disgusting,” but in colloquial Québécois, “That was amazing!”). In France, they say “ça tue!” (literally, “That kills”). Expressions that take on different meanings depending on the context can be startling and lead to some funny misunderstandings!

OLB: Mariette, if we visited you in Winnipeg, what Francophone events would you invite us to?

Mariette: To the Festival du Voyageur! It’s the largest winter festival in western Canada. And there’s also Le 100 Nons, an organization that stages performances by Francophone musicians. For example, Daniel Lavoie started out with Le 100 Nons.

OLB: Eddy, you were once part of a rap group. What place do you think French has in today’s rap?

Eddy: I’m part of the generation that grew up with rappers like IAM and MC Solaar. They made me fall in love with the French language and the way it’s used in rap! I’m saddened that many of today’s artists have put French a little to one side in order to rap in English and French at the same time. But I have to admit that it can be very creative!

OLB: Mariette, you’re the CEO of the World Trade Centre (WTC) Winnipeg, a bilingual organization where the working language is French. How do you achieve linguistic duality in your organization?

Mariette: The WTC Winnipeg has a very interesting history. The WTC is the product of an alliance between the Agence bilingue d’échanges commerciaux du Manitoba (also called ANIM), an organization that I used to head, and the Winnipeg Chamber of Commerce, where everything was run in English. The 2 organizations bought the WTC permit together, and it was agreed that ANIM would handle operations. Since language is a gateway to international markets, we felt that the WTC should at least use Canada’s 2 official languages, even if our clients are 90% Anglophone. We were able to convince the Chamber of Commerce that everything should be bilingual, but we also convinced them that the working language should be French! Winnipeg’s business community accepted that, and this was an important success. There was an adjustment period, but it’s working very well!

OLB: Can you tell us about one of the first books you read that made an impact on you?

Eddy: When I was in middle school in France, I read “Black Boy” by Richard Wright. It’s the story of a young Afro-American during racial segregation. Born in the South, in Alabama, he wants to go and live in the North to make his dreams come true. That book made a deep impact on me.

OLB: What kind of books do you like to read?

Mariette: I like fiction authors like Marc Lévy and Guillaume Musso. Of course, 80% of my reading is about commerce, but the books on my bedside table are fiction and self-help.

OLB: How has bilingualism enriched your life?

Eddy: Language is the primary vehicle for culture. So, if you learn many languages, you have access to many cultures. In addition to French and English, I speak Lingala, as well as a bit of Tshiluba and Swahili: 3 Congolese languages.

Mariette: Bilingualism enriches all facets of my life! It’s a part of everything that I am: in friendship, in love, in health, in finances … It has helped me in all my jobs! It’s because of bilingualism that I was chosen as an honorary chairperson, as a CEO … and as a spokesperson for the RVF!

Want to find out more about the RVF and the many activities they’ve organized across Canada? Check out the Rendez-vous de la Francophonie website. And while you’re there, participate in one of the contests. Who knows? You might just get lucky!

Are you passionate about the French language, too? We’d like to know how you would have answered the questions we asked Eddy and Mariette! Let us know in the comments section. 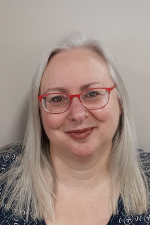 Nicole joined the Translation Bureau a little over 20 years ago. She first worked as a translator and reviser and then helped develop the Language Portal, which was launched in 2009. After a few years at the helm of the Portal’s French team, she happily took up the challenge of developing social media to promote the Portal and its wonderful resources!