Inclusion and exclusion: A risk in bilingual education in Canada

Posted on
December 2, 2019
Written by
Monica Tang (About the author) 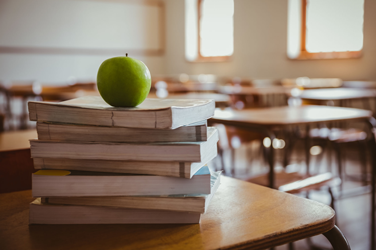 I was born in Montreal to parents from Hong Kong. We spoke Cantonese at home, but my brother and I spoke to each other in English, the language of television. Our parents wouldn’t allow us to speak English in front of them, thinking that this rule would motivate us to learn and use Cantonese. But in spite of this rule, English was my dominant language. And because of this rule, I can now speak Cantonese.

On Sundays, we went to Chinese school to learn Mandarin, which we hated. The best students sat at the front and knew all the answers. My brother and I sat at the back and whispered to each other in English, a language that many other students, and sometimes even the teacher, didn’t understand. My brother and I went to French schools. Because our parents couldn’t read French very well, they didn’t always understand notices from school. From the time I was young, these experiences of exclusion shaped my linguistic journey.

When I arrived in British Columbia in 2000 during a teacher shortage, I was quickly steered toward a career teaching French. Overnight, my power shifted. I had only just finished my training to become a French teacher, but from that moment on I was recognized and valued as a bilingual person. My language skills were considered professional assets. Becoming part of a professional community gave me a certain legitimacy and the power to influence. After having felt excluded for a long time, I was now included.

Today, I teach in the French immersion program and in the undergraduate and continuing professional education programs at a university. I see my colleagues from British Columbia experiencing similar tension between inclusion and exclusion. When they were younger, as immersion students, they experienced the “French fries” versus “English muffins” phenomenon, which still exists today. Then, when these students in turn became French teachers in a minority setting, they wondered if they were as legitimate as their colleagues whose first language was French. I’ve noticed that a number of teachers who were once good students in their immersion classes now work hard to hide their insecurity. For example, their students aren’t allowed to speak English at all in class. I’ve also known teachers who would erase all traces of writing on the chalkboard at the end of the day, for fear that their colleagues or, worse, parents who read French, might find grammar mistakes in their writing. These teachers say that they’re proud to teach French, but many of them don’t dare speak it in front of their colleagues whose mother tongue is French.

I see a division here in the professional community of French teachers. French immersion contributes greatly to the development of a bilingual Canada. But its existence could be threatened if, in the long term, Francophile teachers are increasingly willing to give up French to teach in English instead, gaining a greater sense of belonging and legitimacy at the expense of a part of their bilingual or multilingual identity. That would be a shame, because teachers who work in their second language are excellent role models for young Canadians. If they look up to these bilingual or multilingual teachers, young people will be better able to imagine living a bilingual or multilingual personal or professional life of their own!

Fifty years after the Official Languages Act came into force, has our vision of official bilingualism evolved? 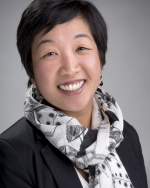 Monica is a French immersion teacher in British Columbia as well as a teaching assistant in the undergraduate and continuing professional education programs for French teachers at Simon Fraser University. In her doctoral research, Monica explores the complex issues that bilingual French teachers experience in developing their identity in a minority setting.