Francization in Laval: The state of the issue

Posted on
August 20, 2018
Written by
Samuel d’Haese (About the author) 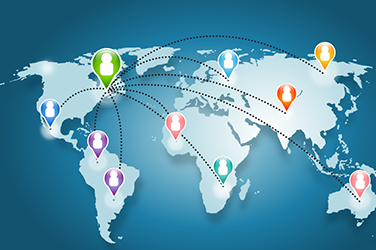 In the fall of 2017, the Auditor General of Quebec published a report in which she made recommendations on various issues, one of them being the francization of immigrants. Some of these recommendations highlight the usefulness of assessing regional needs. I’ll try to provide an overview of the immigrant population in the Laval region of Quebec, the services provided to the immigrants and the challenges facing them in terms of francization.

Laval has a significant number of immigrants. According to the 2016 Census data for Laval, out of a population of 422 993, some 116 935 people (27.64% of the population) were born outside of Canada. An even greater number reported neither French nor English as their mother tongue. Roughly 43.8% of immigrants are between the ages of 25 and 44, the age group most active in the job market.

Four organizations offer francization courses in Laval. Two are in the island’s east end: the Centre communautaire Petit-Espoir, in Saint-François; and Entraide Pont-Viau, in Pont-Viau. The other two are in the west end: the Loisirs Bon-Pasteur centre and the Carrefour d’Intercultures de Laval, which also serves as a welcome centre for refugees in the Laval region. In addition to these centres, a variety of satellite organizations provide assistance and support to newcomers, including Perspective Carrière (employment and integration assistance) and CLICS Laval.

Not all centres have the same enrolment capacity. In fact, some can take in as many students as schools can. For example, the Carrefour d’Intercultures enrolled 1198 students in 2013 2014, while Entraide Pont-Viau took in 282 students between April 1, 2017, and March 31, 2018. Interestingly, francization is not the primary activity in most centres; the program is usually offered in addition to an organization’s main services. For example, Entraide Pont-Viau, the only centre that houses a drop-in daycare centre, allows students to leave their children there while they attend classes.

In general, in Quebec, the average age of people taking part-time francization courses is 35.6 years. Statistics also show that more women than men take francization courses on a part-time basis, a phenomenon that may reflect the family structure of newcomers, which is often more traditional. While the husband is working and the children are at school, the wife is free to learn French, a healthy practice for keeping language isolation at bay. The lower participation rate for summer courses also tends to support this hypothesis: with children staying at home, women find it more difficult to attend francization courses.

We also note lower participation in courses at the highest levels of francization, levels 5 to 8, where attendance can drop by more than 50%. In my opinion, poor attendance may be due to two factors:

While a centre such as Entraide Pont-Viau offers a combination of several services that may attract newcomers, the same cannot be said for centres that have fewer resources. If the stakeholders in francization, and the students who participate in it and learn to speak French, are passionate about the French language, then enhanced and more accessible services would benefit both students and employers.

What’s your opinion? How do you think francization services could be made more accessible? 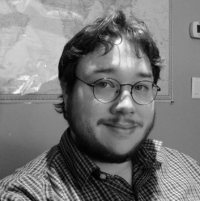 Samuel d’Haese is a historian and oversees immigration at Entraide Pont-Viau, in Laval. His interests include literature, international relations and history.

I wish there were

I wish there were francisation courses for non-immigrants moving to Quebec from other provinces. Because I’m over fifty-five, I’ve been able to audit courses at Concordia for a nominal amount, but I know others who have moved here to follow a spouse who have not been able to find work because they don’t speak French and cannot get into the francisation program because they were born in Canada, though not in Quebec.
There are also Quebec-born individuals who don’t have adequate English, who are being told by employers that they must be fluent in French and English to be hired and who would like the same level of access to English classes as immigrants do to French classes. It would be ideal if the federal and Quebec governments could address the language needs of those who grew up in Canada, too. I would love to see a Canada where everyone knew both official languages, but more work needs to be done to make that happen.

There are francization courses offered to non-immigrants moving to Quebec from other provinces at Competency Development Centre (CDC) Vimont, an adult education centre under the umbrella of the Sir Wilfrid Laurier School Board.