The French spoken in New France

Posted on
April 27, 2020
Written by
Steeves Gourgues (About the author) 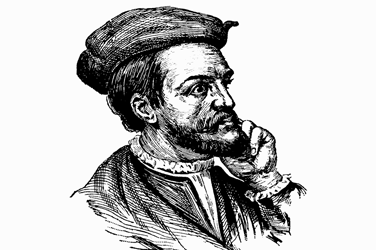 My readings have inspired me to tell you about how the French language was established in Canada during the period when this vast land was known as New France. What do we know about the language spoken by the newcomers who made up the first French colony in the Americas? Keep in mind that the New France period began with the arrival of Jacques Cartier in 1534 and ended with the fall of the French Regime, which occurred over the period between 1760 and 1763.

One well-documented source on the French language in Quebec is entitled “Histoire du français au Québec”note 1 open in a new window (in French only). It was written by Jacques Leclerc, a researcher associated with Laval University’s research chair in Francophone culture in North America, the Chaire pour le développement de la recherche sur la culture d'expression française en Amérique du Nord (CEFAN). I’d like to share with you the points that resonated with me.

What type of French was spoken by the people who left France to settle in these new lands? According to the study, an estimated 38% of the emigrants (excluding nobles, military officers, members of the clergy and certain major merchants) spoke the colloquial French used at the time in Île-de-France, where regionalisms and slang were commonplace. The rest spoke their regional language: the Norman, Poitevin, Burgundian and Lorraine dialects. Of those, only half could understand one of the varieties of French spoken at the time.

In the 17th century, two language hubs were established in New France. Quebec City was the main one, covering an area of 120 km. The Montreal region was the second, covering an area of 80 km. Acadia had previously been another language hub. Research has revealed that in contrast to Montreal, where a greater number of speakers came from the rural regions of western France, Quebec City was settled mainly by speakers from central France and Paris.

Among the groups that populated this new territory were some 800 filles du roi (king’s daughters). Their mass arrival had a significant impact on the language, as French was the mother tongue of approximately 80% of these women, half of whom were from Paris. They were joined, in the summer of 1665, by 1,200 soldiers and nearly 80 officers of the Carignan-Salières Regiment. The period between 1683 and 1760 saw the further arrival of some 10,000 naval soldiers and officers, almost half of whom settled in Canada. As a result, the French spoken in New France was that of the aristocracy, heard at court and in the salons. This French would continue to be spoken by the settlers here, while it would gradually fall into disuse across the Atlantic during the French Revolution.

Starting in the mid-18th century, Father Louis-Philippe Potier (1708–1781) recorded nearly 2,000 expressions that were used in this French colony but not known by people living in France. His collection, entitled Façons de parler proverbiales, triviales, figurées, etc., des Canadiens au XVIIIe siècle (Proverbial, everyday and figurative expressions, etc. of 18th-century Canadians), is the first and only glossary of the French spoken in New France.

The study also highlights that the French spoken by the first Canadians was enriched by borrowings from Indigenous languages, which can be observed as early as the 17th century. The field of toponymy benefitted most from these borrowings, with the Algonquian languages being the most common sources.

According to Leclerc’s study, the most striking linguistic feature of New France seems to be that all Canadians, whether part of the elite or the masses, spoke a common language devoid of class distinctions.

To sum up, the French spoken in the colony was very similar to that spoken in France, albeit with a number of its own unique characteristics, such as those produced by the influence of regional dialects and Indigenous languages. 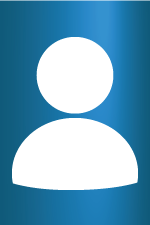 Thank you for sharing this,

Thank you for sharing this, Steeves. It's a nice balance to Sheila Ethier's blog post called "Why Canadian spelling is different" (see https://www.noslangues-ourlanguages.gc.ca/en/blogue-blog/canadian-spelli...). Our two official languages are each unique, in terms of their origins and their modern usage, which makes Canadians doubly unique. That's something we can all be proud of.

Thanks for your comment, Virginia! Indeed, you are right, and it is interesting to make links to other blog posts on the Portal, like the link you made between my blog post and Sheila Ethier's post. It would also be interesting to see the respective linguistic influences of Canada's two official languages, if such influences exist at all.