Geographical names and the mysteries they hold: The case of the Lairet River

Posted on
February 3, 2020
Written by
Steeves Gourgues (About the author) 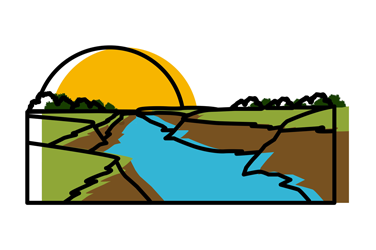 Languages are full of hidden treasures linked to the past that spur us to trace their history in order to gain a better understanding of our linguistic heritage. The French language is no exception. Once these nuggets are brought to light, they sometimes present enigmas to the curious reader. There are some geographical names that, when resurrected from the years of dust that almost buried them forever, cannot fail to arouse curiosity, even surprise. In the course of my reading, I came across the strange story of the name of a river in the city of Québec, as told by Janouk Murdock in the history magazine Québecensianote 1. Let me summarize it for you here.

Anyone would react with understandable skepticism if they read that Jacques Cartier had spent the winter of 1535–1536 on the banks of the Lairet River in the city of Québec and then discovered that the river referred to wasn’t the Saint-Charles River. A question inevitably arises: where is this Lairet River?

The Commission de toponymie du Québec reports that this geographical name appeared in 1626. If there’s one area of vocabulary in which pronunciation and spelling, and sometimes even the very words themselves, are subject to change, it’s proper nouns. Especially when it comes to geographical names.

According to the Commission, in addition to Rivière Lairet, we find Rivière de Lairet recorded in 1637, and later, on a map by Jean-Baptiste Larue dated 1821, rivière à la Rez. This waterway, which some referred to as the "Jacques-Cartier River" (as evidenced by the Journal des Jésuites for the year 1651), would later be downgraded to a stream. Did the Lairet River’s flow decrease over the centuries? In any case, according to the 1914 edition of the Dictionnaire des rivières et lacs de la province de Québec, on the basis of its flow rate this body of water should instead be considered a stream.

Today, however, the topographical landscape of the city of Québec does not show any evidence of past water flow on the outskirts of the old capital. Does this represent an error in recording the river’s location or a tactic used in past centuries to disorient any potential enemy? It turns out that the Lairet River did actually exist. Its meandering course ran from the southern limit of Charlesbourg to the Saint-Charles River. Because the watercourse was too small to play a role in navigation, its bed was mostly filled in in 1957 and was completely buried from 1969 onwards.

As is the case for many geographical names, the origin of Lairet remains unknown. Some have suggested that the river takes its name from the nets known as rets that were once cast into its waters to catch fish. This use of the word rets is also mentioned in Louis-Alexandre Bélisle’s North American Dictionary of the French Language. The Grand Robert defines a ret as a "net for catching game and fish." Like many others, this word would have been spelled in various ways. Confirmation of this fact can be found in the Dictionnaire historique de la langue française, which states that the spelling rez was used at the beginning of the 13th century. In general, the expression les rets would have been used for a river where net fishing was practised.

What about you? Do you have any similar stories? Are there any mysteries of this sort that you would like solved?

For the sake of accuracy, it

For the sake of accuracy, it should be mentioned that while it is true that the Lairet River was completely enclosed in a pipe in the late 1960s, work to revitalize the area was carried out in 2008 and restored part of this watercourse for about 300 metres. This section is located in Cartier-Brébeuf Park.

In 1988, this river gave its name to one of Quebec City's 35 neighbourhoods, located in the borough of La Cité-Limoilou. In 1991, the City of Québec named part of this revitalized site "Lairet Park".