Posted on
November 16, 2020
Written by
Rianna Crawford (About the author) 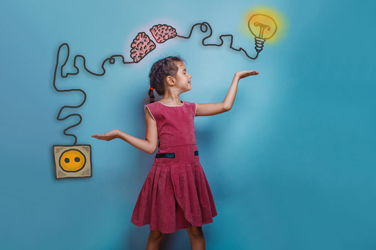 As an education student who’s on track to become a French immersion teacher, I have always clearly seen the advantages that second-language learning provides. But for some parents, the thought of enrolling their children in schools with immersion programs either scares them or has just never crossed their minds. Despite common fears or the belief that learning a new language isn’t necessary, French second-language education in Canada is essential. As an aspiring teacher and a French immersion graduate myself, I’d like to share my top four reasons why immersion is a great idea:

Older students and parents alike have a common concern when it comes to French-language education for anglophone students. The worry is that, at report card time, the added weight of studying in a second language will present itself in the form of lower grades. This, however, is a myth. Multiple studies have shown that students who are taught their subject material in French almost always score equal to or higher than their peers who are learning the English curriculum.Footnote 1 Further studies have even proven that, contrary to popular belief, anglophone students enrolled in intensive second-language programs tend to have a better understanding of English than their monolingual peers.Footnote 2 How’s that for an unexpected twist?

Now this one sounds like a stretch, but it’s true! Research shows that knowing a second language leads to enhanced cognitive development, especially when the learning occurs at a young age.Footnote 3 In essence, bilingualism rewires the brain, leading to improved memory, creativity, problem-solving skills, and more. The benefits don’t stop there, however. Additional research has explored whether people who speak a second language are protected against age-related diseases such as Alzheimer's and dementia.Footnote 4 It would seem that sharper brains lead to healthier lives!

It’s no secret that Canada is a bilingual country. However, some people might not quite grasp what this means for the group of people who can speak both official languages. Being bilingual in the modern-day workforce doesn’t just open the door to unique jobs that aren’t available to unilingual individuals. It also provides the opportunity to earn better promotions and make more money. Especially within the federal government, and in organizations with offices in bilingual areas such as Ottawa or New Brunswick, being bilingual is often required to move up in the workplace. Furthermore, employees capable of speaking both official languages are highly sought after by companies across the country. As a result, French-speaking employees often have the opportunity to earn a higher paycheque than their unilingual peers. It really does pay to be bilingual!

As Alex Hughes points out in her blog post on the role of French immersion programs (opens in new tab) in maintaining British Columbia’s linguistic vitality, there are francophone communities across Canada, even in provinces that we consider to be totally anglophone. Learning French facilitates communication between English and French regions of the country, uniting us all in the one thing that brings us together: our differences! French-language education gives anglophone children the opportunity to learn our other official language and allows our youth to make meaningful cross-cultural connections.

The future of French second-language education

Despite all the positives the program provides, the major challenge to providing access to French-language education across Canada is a shortage of qualified teachers.Footnote 5 With more instructors, French immersion (and other similar programs such as extended French) could be expanded over the next few years. With these programs being so beneficial, I’m looking forward to seeing what we do in the future to improve access to French second-language education in Canada and ensure that every child has the chance to be bilingual.

See the article entitled “How a second language can boost the brain” (opens in new tab) by Ramin Skibba.

For an example of this type of research, see the study "Does multilingualism affect the incidence of Alzheimer’s disease?: A worldwide analysis by country" (opens in new tab) by Raymond Klein, John Christie and Mikael Parkvall.

See the study “Accessing opportunity : A study on challenges in French-as-a-second-language education teacher supply and demand in Canada (opens in new tab)” from the Office of the Commissioner of Official Languages of Canada. 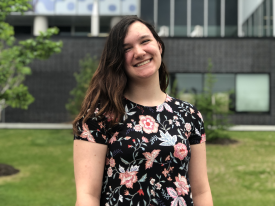 Rianna Crawford is a third-year student at the University of Ottawa, who is studying second language teaching, specializing in teaching French as a second language and minoring in professional translation. She aspires to become a French teacher and is passionate about promoting French-language education and opportunities across Canada.