Posted on
January 6, 2020
Written by
Alex Hughes (About the author) 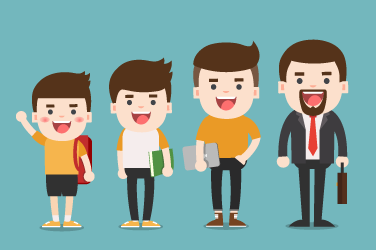 When I was growing up in an English-speaking family in the suburbs of Vancouver, my parents were often asked why they enroled their three children in French immersion. Comments like “No one speaks French here,” “But we’re so far from Quebec,” or “Surely there are more practical languages for the kids to learn” were constants during my childhood.

But as Jade Turcot-Plante highlighted in her blog post, a Francophone community in British Columbia not only exists, it thrives: the province is home to over 70,000 Francophones and more than 300,000 residents who speak French in addition to another language. British Columbia’s linguistic duality is rooted in many sources, including Francophone Canadians and immigration from all corners of the Francophonie.

In recent decades, another source has helped contribute to the vitality and diversity of the French-speaking community: the popularity and success of the province’s French immersion program.

Learning both languages, together

French immersion is a made-in-Canada program that aims to provide the opportunity for non-Francophone students to become functionally bilingual in the country’s two official languages. Students can begin the program in kindergarten (early French immersion) or Grade 6 (late French immersion), and reach proficiency in French by the end of Grade 12.

By offering the majority of the regular school curriculum in French, immersion programs go beyond teaching French as another subject. Emphasis is placed on the French language as a method of instruction and, more globally, as a means of communication. Students aren’t simply learning French but rather learning through French. In addition to language proficiency, French immersion students gain an understanding of and appreciation for the multitude of cultures that form the Francophonie.

In 2019, British Columbia celebrated 50 years of French immersion in the province. Despite the immersion program’s humble grassroots beginnings, the past five decades have seen a boom in its popularity. Today, more parents than ever before want a French immersion education for their children: province-wide French immersion enrolment has been increasing for 21 consecutive years, even as overall enrolment has declined. In 2018–2019, 54,000 students were enroled in the program, a figure that accounts for 9.5% of the entire student body.

Over the decades, these graduates have gone on to reap the rewards of their efforts to learn both official languages. Many now live and work in both official languages, both in their home communities and beyond, while others simply take advantage of their language skills when travelling. Some have become French immersion teachers themselves, while many have chosen to enrol their own children in the program.

The French immersion program has therefore had an invaluable impact on the vitality of British Columbia’s linguistic duality. British Columbians have embraced second language educational programs for their cognitive, social and cultural benefits, regardless of the small percentage of Francophones within the province or the geographic distance from Quebec.

The downside of popularity

However, the rising popularity of the French immersion program has brought with it various difficulties. Many school districts require more classroom space and have difficulty offering dual-track (English and French immersion) programs. More importantly, British Columbia, along with other majority-Anglophone provinces, needs a greater number of qualified French immersion teachers to meet student demand for the program. These obstacles affect all school districts, from the most populous urban centres to the smaller rural communities in every corner of the province.

Resolving these issues would provide potentially thousands of students the opportunity to gain and benefit from a working knowledge of both official languages. It would also allow our French-language communities to acquire future members whose diverse backgrounds and acquisition methods would become part of the rich fabric of these communities and of Canada as a whole.

Though the program’s popularity has caused some growing pains, the good news is that the program’s supporters have been active in proposing solutions. Parents have raised their concerns with school districts and local governments. Not-for-profit organizations and community groups have come together to support teachers and families, and offer extracurricular opportunities. Provincial and federal governments have announced increased funding and opportunities for French immersion teacher training programs in western Canada, and have sought to entice qualified French teachers from eastern Canada and overseas.

The progress is evident as enrolment numbers continue to increase year after year. With public and political support for finding practical solutions remaining strong, the future of British Columbia’s French Immersion program – and the province’s linguistic duality – is bright. 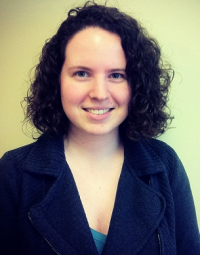 Alex is an early-French-immersion graduate from the suburbs of Vancouver who caught the bug for official languages early in life. She holds degrees in French and public policy from Simon Fraser University and Sciences Po Paris, as well as a Bachelor of Civil Law and Bachelor of Laws from McGill University. Alex works as an Aboriginal law litigator for the Department of Justice, and in her spare time volunteers in British Columbia’s Francophone and Francophile community.

French Immersion in the GTA

French Immersion in the GTA/Ontario did wonders for me academically, socially, and now, professionally. It opened so many doors, including allowing me to study in French immersion at the University of Ottawa, and ultimately land a student position with the Government of Canada years ago. C'est grâce à l'immersion française que j'ai maintenant un profil linguistique de EEC :)

Merci Melissa (et felicitations pour le profil linguistique)! I'm glad to hear that your experience with French immersion was also so positive, though we are provinces apart! It has truly proven itself to be a successful program :)

Hello/bonjour. Our son is in

Hello/bonjour. Our son is in 9th grade French immersion in Esquimalt BC. We are planning to spend his 10th (and perhaps 11th) grade year at a French language high school in Quebec city, in essence creating a total "immersion" as my wife and I plan to take adult French classes while living in Quebec. We are desperately looking for sources/contacts/information in order to make an easy transition. Perhaps I am on the wrong forum here, but would appreciate very much being steered in the right direction.

The following page on the Quebec government web site may come in handy: Everything you need to know about the process to study in Quebec.

Contacting the school service centre in the city you plan to move to is also a good idea. The centre should be able to give you guidance. Here is the link to a complete list of centres in Quebec : http://www.education.gouv.qc.ca/en/find-a-school-board/