Posted on
January 27, 2020
Written by
Nazila Khalkhali (About the author) 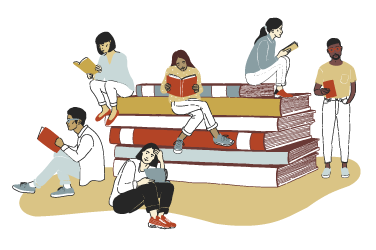 As a translator with more than 25 years’ experience, I consider translation to be a bridge between cultures. It mirrors linguistic and cultural diversity. Throughout the history of the world, since the development of the first writing system recorded on stones or papyri, translation has played a silent yet crucial role in transferring cultural knowledge. It helps cultures to come into contact and learn about each other. Supposedly, the purpose of translation is to promote understanding; however, sometimes it leads to misunderstanding and miscommunication, and that is the basis for the book club.

As a book lover, I’m used to browsing the bookshelves of libraries and mostly focusing on books in different languages. The books in other languages at the Ottawa Public Library sparked the idea to have a book club in which all Ottawa-based communities would be able to discuss their cultures. It may seem an ambitious project; however, the library gave me the opportunity to launch, manage and present the book club under the name Multicultural Book Club. I aim to prove that diversity doesn’t need to end in misunderstanding, rivalry or hatred, but can instead lead to dialogue, debate, discussion and knowledge about others.

Since October 2015, book club members have been gathering at the library to discuss multiculturalism. The discussion focuses on books written in one language and translated into others. There are many questions that arise, such as:

Although we don’t find answers to all of these questions, the book club discussion is an effort to encourage communities to talk about their cultures through the books.

The books selected are written by authors who speak different languages and come from different countries, such as Canada, France, Arabic-speaking countries, Spanish-speaking countries, Turkey, Germany, Russia and Portugal. Every session has two parts: the first part is an introduction of the author and the book; the second part is a discussion of the book’s translations. In some cases, the book covers of the translations help me to understand which part of the novel has been highlighted for a particular society.

I’m also going to make a podcast called Multicultural Book, in which, after introducing the author, I talk about the novel, explain its literary genre and discuss its translations into other languages.

You can find more information about the book club on my Facebook page and my blog.

I would love to continue the discussion right here with you! Tell me, which culture-related questions come to mind when you read translations of some of your favourite novels? 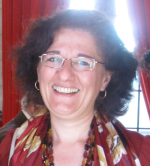 Nazila is a linguist, certified multilingual translator and language teacher, who speaks Persian, English and French. She has two master’s degrees, one in general linguistics from the University of Tehran and another in translation studies from the University of Ottawa. Some of her research in the field of linguistics has focused on the translation of old languages into modern ones and how it relates to cultural identity.