A knack for languages and a nose for wine

Posted on
August 17, 2020
Written by
Alexandre Faster (About the author) 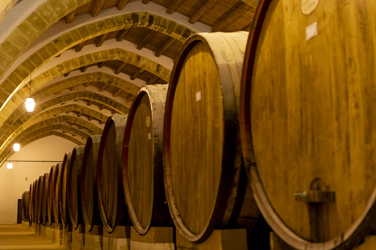 Stephanie Mathis is a professional sommelier who speaks English and French. Since wine and the French language are two of my passions, I interviewed her to find out about the role that French plays in her work and how she uses the language on a daily basis.

Alexandre: Stephanie, you hold a bilingual honours diploma from Gulf Islands Secondary School on Salt Spring Island in British Columbia, and you were the recipient of a full scholarship from the University of Ottawa in a bilingual honours bachelor program. You live and work in Vancouver. Do you consider yourself to be a Franco-Columbian?

Stephanie: I certainly do. My father is from France, but I was born in Alberta, and we moved to Salt Spring Island when I was seven. I grew up being influenced by French culture and with French being spoken at home. Being a Franco-Columbian is an identity, and I’m proud of it.

Alexandre: Obviously, you must have studied a lot to be where you are and to do what you do, and I’m sure it never ends. Did you study wine in British Columbia? What role did French play in your formal wine education? Did it help when you studied wine?

Stephanie: I did study wine in British Columbia in English. Many words are spelled the same in French and in English, but they mean two different things (for example, the word “climat” can mean either “climate” or “lieu-dit”). French helped me a lot to understand terms like “pigeage,” “bâtonnage,” “coupage,” “grand cru,” and so on, and to remember all the terms I needed to know in the champagne-making process (for example, “liqueur de tirage,” “remuage,” “dégorgement,” “liqueur d’expédition,” and “dosage”). It eased my learning curve and gave me confidence.

Most of my reference material is in English, even the Larousse Wine: The Definitive Reference for Wine Lovers, but I use many books and excellent online resources which are available only in French.

Alexandre: Could you think of a few terms that you’ve struggled with or that have been a source of embarrassment?

Stephanie: It can be embarrassing when explaining something in French to a Francophone when I forget the term for oak aging or whole-cluster fermentation. Or when I confuse a French term with an English one, like “marc” (which can be both French and English) and “pomace” (which is solely English). Until a few days ago, I thought both words were French!

Alexandre: Could you tell us about the role of French in your career?

Stephanie: French is very important and most definitely an asset. My first job in Ottawa launched my career because that’s when I discovered my passion for wine.

And as a sommelier, French gave me credibility: a lot of French words are used when selling wine in English. I often receive looks of surprise when I pronounce a word properly, even if it’s just the name of a region like Pouilly-Fuissé.

Alexandre: Do you use French a lot at work?

Stephanie: I do. It allows me to communicate with people from all over the world; Africa and Europe, for instance. Oftentimes, guests speak French more than English, and they’re relieved to deal with a Francophone.

Alexandre: Have you come across any funny language issues in your work as a wine professional?

Stephanie: There are funny situations for sure. Once, a Francophone guest asked me for a glass of “Pinot Black” before she realized I spoke French. I was thrown off until it suddenly clicked: Pinot Noir! Once, someone with a basic understanding of French thought that Châteauneuf-du-Pape meant “Number Nine Castle of the Pope”! But whenever appropriate, I’ll correct guests or colleagues on French pronunciation when it comes to wine—tactfully, of course.

Alexandre: What about Latin (or other languages) in your line of work?

Stephanie: I’m not well versed in Latin, but it’s widely used when discussing grape growing. For example, we frequently use Latin terms such as vitis vinifera (to refer to the common grape vine) and vitis labrusca (to refer to the fox grape). In fact, the word “wine” comes from the Latin word vinum. The Romans played a big part in spreading wine throughout Europe, so it only makes sense that Latin would be at the root of it all (pun intended).

As for other languages, German is another world. It takes mental gymnastics to remember that anbaugebiet means “region.” But it’s important when you learn about German wines.

Alexandre: Do you think it would help if wine terminology was a little more standardized on the global front?

Stephanie: It might if it was a possibility. It would make it easier to remember everything, but it would take away from the individual beauty of each country in terms of wine. It’s challenging to learn all the different terms and regions from around the world, but that’s what makes wine wine: the individual story! I like the exotic beauty of every country in terms of wine, from the Canary Islands to Croatia to Argentina.

Alexandre: Finally, you speak, live and work in French. What can you say about the experience in Vancouver today?

Stephanie: I love my city. It’s so diverse! I’m always surprised by the number of French-speaking people in Vancouver and the abundance of French activities in the province, including in the Okanagan. I love my job: the social aspect, wine tastings, wine pairing and working with great chefs, building my home cellar and reading about wine. I’ll always be a sommelier. 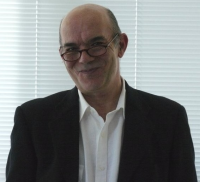 Alexandre Faster is a Francophone surrealist poet, an accidental columnist, a translator, a maître d’hôtel and a sommelier, who has been living in British Columbia for nearly 50 years. He is originally from Auvergne, France, where as a young boy he would listen to Félix Leclerc and La pensée de la nuit, broadcast on Radio-Canada ’s shortwave service.