“That” is a tricky one

Posted on
November 13, 2018
Written by
Josephine Versace (About the author) , Language Portal of Canada 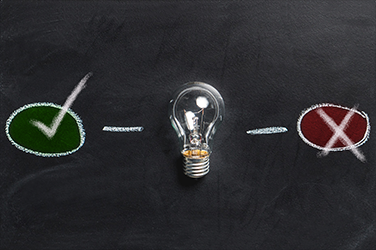 Which of the two sentences below is correct?

And how about these two?

The answer in each case is that both sentences are correct! The reason has to do with subordinating conjunctions, relative pronouns, rhythm and clarity. Let me break it down into digestible steps!

So why is the second sentence correct, too? Because you have the option to omit the subordinating conjunction (the first “that”). So it’s equally acceptable to say “I believe I mentioned that yesterday.” (And many people would prefer this sentence, to avoid repeating “that.”)

The relative pronoun “that,” like the subordinating conjunction, can be omitted in many cases. So it’s fine to say “The woman you saw me with was my sister.”

Here’s what the Oxford Guide to Canadian English Usage (second edition) has to say:

Especially in spoken English, “that” is often omitted.... In the eighteenth century, usage writers condemned the omission of “that” in written English. Now some usage guides maintain just the opposite, that it is better to omit “that” whenever possible. Since both structures are grammatically correct, rhythm and clarity should guide your choice.

In terms of rhythm, the Guide says to omit “that” if the sentence sounds better without it. With regard to clarity, the Guide says to use “that” to avoid misunderstanding. So here are some guidelines to help you make the decision.

When to omit “that”

So should you strive to omit “that” whenever possible? Not necessarily. There are times when “that” should not be omitted.

When to use “that”

So, that’s that with “that”! Now you know when you can omit this tricky little word and when you have to use it.

Want to practise what you’ve learned? Try our quiz! 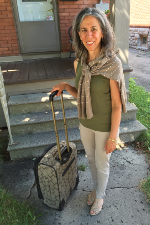