Translation: It’s not just for translators!

Posted on
February 1, 2021
Written by
Lynne Bowker (About the author) 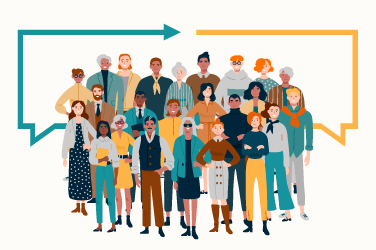 Translation is a very specialized and highly skilled profession.Footnote 1 In Canada, translators work hard to help ensure that both French- and English-speaking Canadians can access a wide range of materials and services, including parliamentary debates,Footnote 2 in both of our country’s official languages. In other regions, such as Europe, or within international organizations, such as the United Nations and the World Health Organization, similar professional translation efforts take place daily.

In 2020, we witnessed a historic event at the Oscars, where for the first time ever, a foreign-language film won the Academy Award for Best Picture. The Korean-language film Parasite was made accessible to English-speaking audiences thanks to the expert subtitles produced by translator Darcy Paquet. Many professional translators are highly trained, having studied translation at university or achieved certification through a professional translators’ association. There’s no doubt that professional translators are accomplished experts whose skills are required for a range of prestigious and important tasks, but are there other translation-related needs in our community?

In all of these cases, it’s unlikely that the people who are faced with a translation task would hire a professional translator. Rather, they’re more likely to tackle the task themselves, maybe with the help of some online tools, such as dictionaries or bilingual concordancers, or by using machine translation. In this era of globalization, people are finding themselves in multilingual situationsFootnote 6 more often than ever, and there seems to be a growing need for and interest in non-professional translation.

The demand for knowledge about non-professional translation

In my job as a university professor, I’ve been involved mainly in developing and delivering highly specialized training to students seeking to become professional translators. However, I recently had the opportunity to create a course for a different audience: people who are simply curious about translation. This course isn’t part of the translator training program but is open to students across the institution, as well as to members of the general public. In the first iteration, there were students who were studying criminology, nursing, computer science, political science, engineering, economics, and more! Indeed, there was so much interest that we increased the number of places in the course and decided to offer it again the following term. Some of the students were speakers of English or French, or both, but others spoke an Indigenous languageFootnote 7 (for example, Atikamekw or Cree) or a heritage language too (such as Arabic, Bangla, Chinese, Farsi, German, Korean, Portuguese, Russian, Spanish, Tagalog, Ukrainian, or Urdu). Near the beginning of the course, students answered a short survey including a question about why they had signed up for the course. The vast majority answered that they regularly engage in non-professional translation as part of their lives and so were interested in learning more about it. In addition, many noted that they recognized the complexity of translation and, although they didn’t want a career in translation, they nonetheless hoped to pick up a few tips to help make their non-professional translation tasks go more smoothly.

A course for the curious!

Designing a course about translation for non-professionals was a fun challenge! In addition to learning some key concepts (for example, translate meaning, not words), students got to practise other skills, such as writing and summarization, which form essential building blocks for translation. The most popular modules of the course were those on audiovisual translation, transcreation, introduction to interpreting, and tools and resources, including the resources of the Language Portal of Canada. Machine translation and machine translation literacyFootnote 8 were also popular topics. At the end of the course, students indicated that they now feel more empowered not only to take on non-professional translation jobs with confidence, but also to recognize when their own skills aren’t sufficient and when to call on professionals for support.

Are you curious to learn more about translation but don’t know where to begin? Why not check out the continuing education opportunities at some of Canada’s universities to pick up some tips and tricks for navigating through our multilingual world!

For more information on how parliamentary debates are translated, see the blog post “Behind the scenes at Parliamentary Debates (opens in new tab).”

If you’d like to learn about holiday songs in languages other than English, read the blog post “Laugh and learn with holiday songs (opens in new tab).”

See the blog post “La Francophonie is about tourism, too! (opens in new tab)”

For a personal account of what it’s like to work in your second language, see the blog post “Living and working in French in the National Capital Region (opens in new tab).” 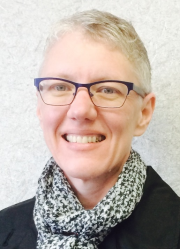 A really good read! As a non

A really good read! As a non-translator, but surely a non-professional translation as my career requires at times, this was interesting to read! Thanks for this!

Thank you, Chantal! The

Thank you, Chantal! The feedback received from the first group of participants was very positive overall, so I'm working on refining things and I will be excited to offer the course again. It's planned to be taught in the summer and fall semesters of this year in an online format, so that should make it possible for even more people to participate.