Posted on
August 27, 2018
Written by
Raina Schnider (About the author) 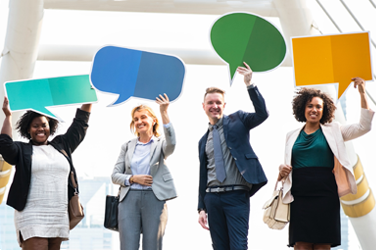 Multilingualism is a key concept for Canadians. We are a multicultural and a multilingual country. For instance, the number of Spanish speakers in Canada increases every year. According to Statistics Canada, almost half a million Spanish speakers currently live in Canada, and in Calgary alone over 50,000 people have a knowledge of Spanish.

Given these numbers, it’s important we ensure that Canadian policies and popular knowledge regarding multilingualism are up to speed. So what are the popular beliefs about multilingualism that make us linguists cringe?

Belief 1: Multilingualism has always been seen as a positive developmental concept

This type of theory is called “limited capacity” and has since been disproven in numerous ways (for example, in 1962, researchers Peal and Lambert found that bilinguals performed significantly better than monolinguals on two different educational tests). But the fact remains that the roots of negative (and often incorrect) information run deep in the history of multilingualism.

False. General opinion until around the 1970s was clearly against the idea of multilingualism being natural. For example, a child psychology text from 1952 notes that “there can be no doubt that the child reared in a bilingual environment is handicapped in his language growth.”

Yet according to Canadian linguistics researcher Johanne Paradis, half of the world’s children are bilingual or have a second language. In fact, a European Commission report states that in 2012, “the majority of Europeans (54%) [were] able to hold a conversation in at least one additional language,” proving that multilingualism is more the rule than the exception.

False. The hype surrounding the movie Arrival has died down a bit, but its effects remain in pop culture. The film’s plot rested in part on the idea that learning another language would cause a major shift in the way a person thinks. (Read this great article from the Smithsonian for more background.)

The trouble is that this theory (known as the Sapir-Whorf hypothesis, or the linguistic relativity theory) doesn’t just state that your language affects you; it also states that it defines you, and therein lies the danger. Although our language and, to an even greater degree, our culture affect us, we must all be careful with extremes because they weaken the base of linguistic history and prevent us from creating a stable future.

Belief 4: Translation and grammatical texts are a recent phenomenon

False. Since before the common era, grammarians have used parts of speech and verb paradigms to document language. Even before the Greek philosophers commented on language and the mind, the Babylonians had carved grammatical texts into clay blocks (using a system of writing called “cuneiform”), providing us with fine examples of early translation dictionaries.

At the end of the 15th century, Antonio de Nebrija wrote and presented the first Spanish grammar to Isabel I of Castile. Before this text, everything written about grammar was based on Latin and Greek grammar texts. Later, in the 17th century, Antoine Arnauld, in collaboration with Claude Lancelot and Pierre Nicole, further supported common tongues by publishing two pivotal works, La Logique, ou l’Art de penser (“Port Royal Logic”) and Grammaire générale et raisonnée, and by introducing a new teaching method: teaching the second language in the learner’s native language.

But it wasn’t until the late 19th century that anthropologist Franz Boas suggested the revolutionary idea of describing languages in their own terms and not just in the eight parts of speech the English language uses. These small advances in cross-linguistic analysis have benefited the history of multilingualism.

Belief 5: Multilingualism is the only way: Fill children up

False. Current attitudes about multilingualism still vary widely and often are too positive. In a study funded by a number of organizations in Australia, researchers identified issues with public and policymakers’ knowledge of early child development and found that the “sponge” theory (the idea that children will soak up as many languages as they’re taught) is widespread. They reported that “informants made frequent references to children as ‘sponges’ and development as ‘osmosis.’” This is another dangerous extreme, which can have further negative effects on multilingual policy and support. We have to remember that children need quality, not quantity.

Canada has officially been bilingual since 1969. But in addition to English and French, we must also support other languages. Multilingual research may lead to a better understanding of how children acquire language in general, aid those with disorders, and affect policy and social support. In the end, we have a multilingual and multicultural heritage that runs strong and free. And that should make our hearts glow.

Fellow Canadians: what do you think? Do you agree? What are your opinions? 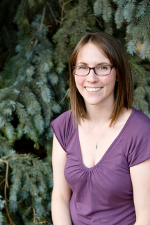 multilingualism is the key to

Multilingualism is the key to our happiness.