Living and working in French in the National Capital Region

Posted on
April 3, 2018
Written by
Catherine Larose (About the author) 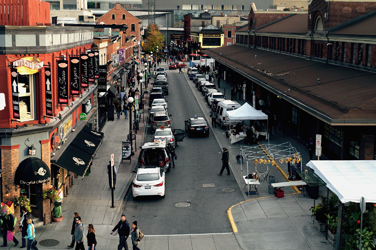 As a Francophone public servant, I’ve always found living in the National Capital Region to be both a challenge and a blessing. I feel fortunate to have access to such a wide range of cultural and recreational activities. However, sometimes I have trouble being understood when I speak French.

Speaking French in shops and restaurants

This is nothing new. When I’m shopping or dining in Ottawa’s ByWard Market, one of the region’s top tourist attractions, people don’t always understand me when I speak to them in French. On the other hand, many employees use their jobs as an opportunity to practise French. And I always appreciate their efforts, even if their French isn’t perfect.

Being perfectly bilingual, I have the annoying habit of automatically speaking in English when I realize that I’m talking to an English speaker. I know that I have to make more of an effort to speak in my native language first. Even though I’m extremely proud of my mother tongue, I admit that I’m the first to switch to English in the company of Anglophones. This is especially true at work. I’ve worked in various departments, and I’ve noticed that this was the case regardless of where I worked and when, or which position I held.

I’ve always hoped that my bilingual Anglophone colleagues would feel confident enough to speak French more often in team meetings, in small group discussions about a particular matter, or even in personal conversations. I applaud those who make the effort to talk to me in French. I hope it will encourage others to do the same.

As mentioned in the report called The next level: Normalizing a culture of inclusive linguistic duality in the Federal Public Service workplace, we have to continue to make progress so as to meet the needs of public servants and Canadians with respect to the use of both official languages. I strongly believe that taking a few small steps every day in the workplace can greatly improve our linguistic duality. These small actions are everyone’s responsibility. Anglophones should attempt to speak French, and Francophones should encourage them to do so. With time, willingness and an environment that supports learning, people will become more and more comfortable expressing themselves in their second official language. And our workplaces will become even richer, more diverse and more inclusive as a result!

What about you? If you work in a bilingual environment, do you seize opportunities to practise French with your Francophone colleagues? Tell me about your experience in the comments section! 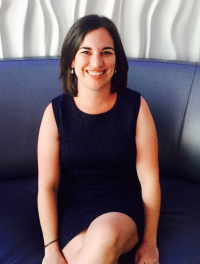 After starting a bachelor’s degree in linguistics, Catherine Larose switched to human resources. She’s been working in that field for over 15 years now. Optimistic and curious by nature, Catherine loves learning and is always up for new adventures.

Thanks for your article,

Thanks for your article, Catherine. It's interesting to hear the other side of the coin. I am an Anglophone, and have been working in bilingual environments for decades, in the private sector and government. I have often noticed that even if I'm the only Anglophone, the conversation switches to English, even if all I've done is use an English word because I couldn't think of the French one. Lately, I've asked my French colleagues to speak to me in French even if I speak in English. We made a joke of it, and it seems to be working. They're very kind when I stumble over my words, and I'm learning to be as patient with myself as my colleagues are with me.