Learning a language with joy, gratitude and persistence 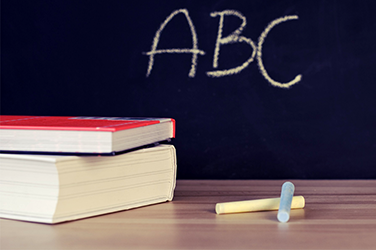 When I first came to Canada, if you'd told me that I would one day work for the Government of Canada (where being bilingual is an asset), I wouldn't have believed you.

And if you'd told me that I'd be taking courses in French Immersion at the University of Ottawa while studying international development and globalization, I'd have doubted that, as well … since for me, just learning English was a hard enough task on its own.

How I learned English

At the age of 8, without even knowing the English alphabet, I moved with my family from Seoul, South Korea, to Vancouver. As a girl who loved to talk, I found that living in a place where I couldn't speak the same language as others was a challenge.

In spring 2004, I was the only Asian student at my school. And I only knew how to say 5 things in English: “hello,” “hi,” “sorry,” “thank you” and “goodbye.” It took effort to simply express basic ideas, let alone catch up to the grade level of my peers.

As my school at the time didn't have any English as a Second Language (ESL) classes, with the support of my teachers and daily spelling tests and reading, I gradually picked up English, a few words and sentences at a time.

Now, where did French come in?

How I learned French

In Grade 4, I took my first French course. I fell in love with the language, starting with “Bonjour, je m'appelle….” The sounds of the words were so beautiful, and I knew this was another challenge I was determined to take on. It was even more exciting that French was Canada's other official language!

So in Grade 6, while taking ESL classes, I signed up for the Late French Immersion program. But this time around, learning another language was different from my experience of learning English, because with the same amount of effort, I saw myself making faster progress.

Then I realized it was because everyone was starting at the same level. My efforts weren't going towards “catching up.” I was simply having fun and being motivated by the small yet steady progress I was making. I could relax and enjoy the chance to learn Canada's other official language.

Where language learning has led me

In spite of being a newcomer to Canada, having the chance to learn both of our country's official languages has given me a deeper sense of belonging and identity, as well as a greater love for Canada! This fall, it was an honour for me to be able to give back to our country by working for the federal government as a co-op student.

I'm also happy to be continuing my French studies through the French Immersion program at the University of Ottawa. In fact, learning new languages has become one of my greatest interests. In the course of my high school and university education, after seeing the value of language learning from my studies in French, I've gone on to learn Spanish, German and Mandarin.

It's never too late to learn a language, as long as you're motivated, have a clear goal, are really committed and enjoy celebrating the small successes along the way. With persistence and the will to challenge yourself, you only need to keep trying “one more time” to reach your goal. I encourage you all to take “another try” at whichever challenge you're currently working on!

I'd love to hear from you. Have you learned a language other than your mother tongue? Tell me about the challenges and rewards! 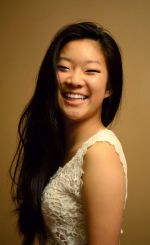 Min Ji Kim is in her fourth year at the University of Ottawa, where she is studying international development and globalization, along with French Immersion. She is passionate about learning languages, as she believes they not only enlarge her global perspective by providing cultural and historical background, but also give her many opportunities at a personal level to connect with people across the world. Min Ji is currently learning her sixth language, Mandarin.

I was an international student and went to live in Seoul South Korea for a year during my bachelor's degree! I learned how to speak Korean there and I enjoyed that experience very much. I really understand how tough it must have been for you when you first came to Canada not being able to express yourself in the language of your peers. For me, it was also a huge challenge to not be able to say what I wanted to say to my Korean friends. It brought me so much joy every time I learned a new grammatical structure because I knew that it was something new that I could communicate to my friends! I do agree that learning new languages is a very rewarding experience if one is seeking it for the right reasons and I encourage you in your studies, you have a bright future ahead of you!