Teaching both English and French as a second language in Quebec 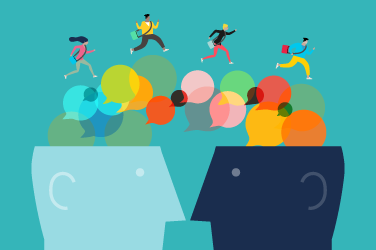 I’ve been a second-language teacher for over 25 years. I’ve had this incredible opportunity to teach both English and French as a second language not only because I have a degree in English literature but also because I have an excellent command of both official languages. It's sort of like having two brains. I could never live without this linguistic duality. It encourages me to learn other languages and take a much broader view of our two cultures. As a result, instead of focusing on the differences between the two cultures, I focus on their similarities.

From my perspective, teaching English or French as a second language in Quebec is quite the challenge, because some learners are reluctant to learn the other official language for various reasons. But it’s actually an opportunity to build bridges between the two components of this duality and, in doing so, realize that being bilingual doesn’t threaten cultural identity. On the contrary, bilingualism enriches it. After all, these two languages have been living under the same roof for a long time, for better or worse.

When I first began teaching, I stuck to the textbooks prescribed by the schools where I taught, textbooks that featured the same set of grammatical rules, written exercises and short paragraphs to analyze; in short, the kind of content that’s found in any type of language textbook: a few oral exercises, a few comprehension exercises and, most of the time, nothing very stimulating for the students.

After a few years, I noticed that every time I deviated from the textbook and taught a song or poem or had the students role-play, the class would wake up and come alive. The students seemed more enthusiastic and receptive. I noticed that my interludes not only captured the attention of students young and old but also helped them retain the information.

Language is a window to someone else’s way of thinking

So, when teaching either official language, you can incorporate snippets of colourful and humorous information to spark curiosity in your students and put smiles on their faces. This approach also fosters tolerance.

After the Norman conquest of 1066, Anglo-Normans borrowed words such as qualité and quantité from Old French. These words later became “quality” and “quantity” in modern English.

In French, the word redingote comes from the English “riding coat,” a coat worn while horseback riding, and the French Canadianism bécosse, which refers to the outdoor latrines of the 19th century, is a deformation of “back house.” Many French expressions, such as à la carte and après-ski, are also used in English.

By spicing up our teaching methods, we connect with our student, and by exploring another person’s language, we end up discovering our own roots. 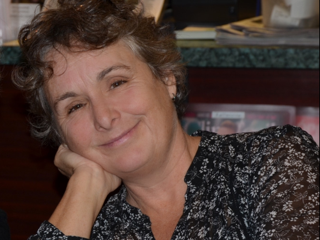 Although she was born in Ottawa, Julie lives in Quebec and grew up learning both official languages. After completing her bachelor’s in English literature, she taught English as a second language in secondary schools, then in elementary schools and lastly in CEGEPs and private colleges; she also taught French as a second language to students in English-language school boards and to adults in continuing education programs on a contract basis.

After retiring, she travelled to China in 2012 to teach for one year, and upon returning, she published a book on teaching. Julie sometimes translates as a freelancer, but she now devotes most of her time to writing, especially poetry.

I agree that having a second language is "... actually an opportunity to build bridges between the two components of this duality and, in doing so, realize that being bilingual doesn’t threaten cultural identity." The more you know, the more you can actually understand and act accordingly. I dream of a society that thrives on building bridges. Thank you, Julie de Belle!!!

I wholeheartedly agree! Languages teach us so much about a culture and a way of viewing the world. This was very well put! Merci!

"... being bilingual doesn’t threaten cultural identity"...Well said Julie. Being bilingual opens doors... and is often the only way to open those doors.