The French invasion of English

Posted on
March 16, 2020
Written by
André Racicot (About the author) 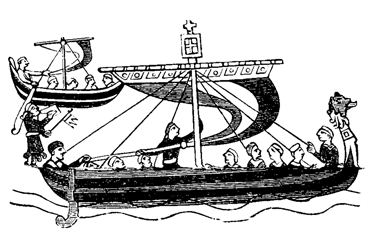 Biased perception: Hordes of barbarian English words are besieging the magnificent language of Molière and threatening to disfigure it forever.

Francophones certainly have reason to grumble, because anglicisms have been infiltrating the French language since the end of the 19th century, as a result of the economic dominance of the British Empire, initially, and then of the United States.

It is mainly loanwords that have proliferated, although a number of commentators are beginning to criticize the syntactic calques that are appearing in France. The 19th century saw the introduction of terms like “ferry” and “steamer,” while today loanwords are gaining a foothold primarily in the field of electronics. Think of “podcast” or “digital,” for example. In this field, there has been a veritable flood of anglicisms that no one makes any effort to translate … except in Canada.

In the past, French tried to assimilate certain anglicisms by Gallicizing them. For example, a redingote is merely a Frenchified “riding coat”; and a paquebot is simply a “packet-boat,” a mail vessel that eventually began to carry passengers.

All these facts, which merely skim the surface of the issue, might lead us to think that the survival of French is threatened. But I don’t agree. The reality is that about 5% of French vocabulary comes from English. And as we saw in my previous article, “Vous êtes polyglotte sans le savoir” (in French only), the language of Molière has borrowed abundantly from Italian, German, Dutch, Turkish, etc.

So yes, it’s true that the French language is currently under siege by anglicisms in certain fields—the operative word being currently. But the advent of a new world power could one day change that situation.

The fact is, it’s actually Anglophones who have reason to complain. About 60% of their vocabulary comes from French. Some think the total may even be as high as two-thirds—a colossal invasion that inspired one observer to remark, a few centuries back, that English was nothing more than Dutch embroidered with French.

How did such a situation come about? Through the Norman Conquest of 1066. William the Conqueror invaded England and became its king. The aristocracy spoke French; the common people, Old English. The intimate proximity of the two languages was to have monumental consequences.

For 300 years, French was the language of the Crown; in other words, the government functioned in Norman French. English eventually came back into its own, but was heavily influenced by French, which gave rise to a whole series of phenomena.

Doublets appeared. These are word pairs of Germanic and French origin, with the same meaning. “Trust” and “confidence” are a perfect example. The doublet even became a stylistic device for enhancing speech. But this strange pairing of rival siblings had a further consequence: the French term is often perceived as more elegant.

English and French synonyms abound: “raise” is English, but “elevate” is more … elevated. Another similar duo: “begin” and “commence.” When it comes to food, English speakers prefer to eat “beef” or “mutton,” instead of “ox” or “sheep.” And they’d rather order “escargots” than “snails” (yuck!).

Another phenomenon is the distortion of loanwords. In borrowing words from French, English not only incorporates them into its vocabulary but also expands their meaning. For instance, the original meaning of the word “portmanteau” was the same as in French. The word evolved into an adjective to describe something with a range of uses or qualities. The Collins gives the following example:

The heroine is a portmanteau figure of all the virtues.

Needless to say, no one would ever speak of a figure porte-manteau in French … Another example is “double entendre,” meaning a word with a double meaning.

It should be noted in passing that a similar distortion of loanwords can be seen in other languages.

In closing, it would be a shame not to mention one last phenomenon known as boomerang words. These are English words that came originally from French and that return to French in an unrecognizable form. These words are so well integrated into the French language that we no longer discern their origin.

One example is the word “flirt,” which gave rise to the French verb flirter. Few people are aware that this word is in fact a Gallicism in English. “Flirt” comes from Old French fleureter. The French verb disappeared and was replaced by flirter.

The same is true of “budget,” which comes from bougette, a small bag carried by travellers.

As you can see, Anglophones “speak” French fluently … 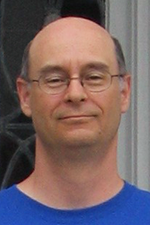 André Racicot is a former Translation Bureau reviser and trainer. Since 2013, he has published 500 posts on his blog about the French language. He is the author of Plaidoyer pour une réforme du français, published in August 2020.