Posted on
September 20, 2022
Written by
Natalie Kouri-Towe and Danielle Bobker (About the author) 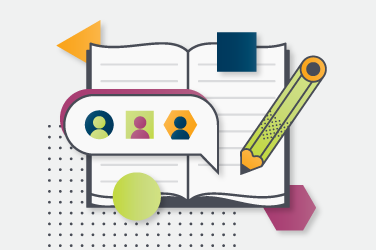 Over the past decade, the importance of gender-inclusive English has become widely recognized, with the Merriam Webster Dictionary adding a non-binary, singular definition of “they” in 2019Note 1 and the Oxford English Dictionary tracing the singular “they” as far back as the 14th century.Note 2 Precisely because of how it denotes humanity without specifying gender, “they” has become a pronoun of choice for many English speakers across gender identities, mirroring similar adaptations by speakers of Arabic, French, Hebrew, Spanish, among other languages.Note 3

But the popularization of “they” and other non-binary third-person singular pronouns such as “ze,” “sie,” etc. represents only one facet of the movement towards gender inclusion in the English language. Other recent linguistic shifts include the widespread use of “cis-” and “trans-” as prefixes, and neologisms such as “polyamorous,” “pansexual,” and “asexual.” These words allow individuals to express and define their gender and sexuality in new ways. They also have valuable collective functions, serving as a shared shorthand for complex identities and relationships, as tools for reshaping social configurations, and touchstones for political movements. For instance, in 2021, when the British Columbia Supreme Court ruled to allow a third adult to be listed on a child’s birth certificate, legal recognition was extended to three-parent families. Inclusive language can also affirm roles that have generally been understood as peripheral to the nuclear family, such as referring to “caregivers” and “guardians,” rather than “parents” or “mothers and fathers,” in acknowledgment of the fact that many children are raised by grandparents, aunts and uncles, or grow up in foster care or in group homes.

Ultimately, however, the practice of gender-inclusive translation is not simply a matter of using the latest English terminology in just the right way. Rather it requires reflection on the connotations of words. Consider how gender biases may be insidiously reinforced through apparently neutral adjectives like “caring,” “nurturing” and “bossy” to describe women and “confident,” “assertive” and “visionary” to describe men. Or how a hasty attempt to be inclusive, such as by saying “women and trans women,” can be harmful, even violently so, since it invalidates trans women as women and reifies biological essentialist views of cis-gender women. Conversely, note how the use of common binary gendered third-person singular pronouns (“she/he”) can shore up the social and legal recognition of trans people.

Sensitivity to the role of gender and sexuality in a particular text also requires an understanding of both the original context of composition and the scope of the translation’s audience, including its potential or future audience. If you are expecting to address a diverse group of people from across the gender spectrum, practices of gender-inclusive translation can include:

Above all, gender-inclusive translation involves a commitment to noticing and suspending the assumptions about bodies, gender, and sexuality, and the relationships between them, that are woven into all languages. Given the powerful impact that words can have on how we make sense of ourselves and our connections with others, translation brings a significant opportunity to redress restrictive and often harmful norms and to make space for all genders and sexualities. Respecting human dignity and self-determination, which are at the core of linguistic changes and indeed at the core of all communication, is what matters most.

See the article “Merriam-Webster dictionary adds 'they' as nonbinary pronoun (opens in new tab)” in The Guardian.

See the article “A brief history of singular ‘they’ (opens in new tab)” on the Oxford English Dictionary blog.

See the Washington Post article “A guide to how gender-neutral language is developing around the world (opens in new tab).” 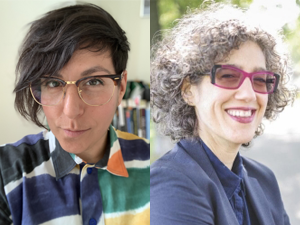 Natalie Kouri-Towe is an Assistant Professor of feminism and sexuality at the Simone de Beauvoir Institute at Concordia University, where she works on gender and sexuality pedagogies, in addition to research on transnational solidarity. She is currently the Program and Practicum Director for the Interdisciplinary Studies in Sexuality program.

Danielle Bobker is Associate Professor of English and serves on the Sexuality Studies Curriculum Committee at Concordia University. She is author of The Closet: The Eighteenth-Century Architecture of Intimacy.