Posted on
November 9, 2020
Written by
Lauren Shapiro (About the author) 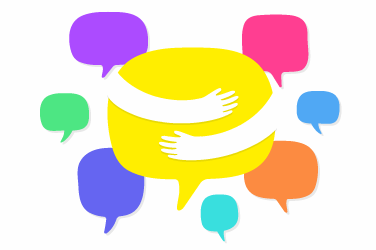 Ever since the Norman conquest of England in 1066, English and French have been intimately linked by centuries of word-sharing and a common vocabulary of Romance words. As a Canadian who attended French school from kindergarten, I discovered the similarities between the languages and quickly caught on to my lessons. But there are still words in French that I miss in English. Some words just don't have an equivalent! I end up using these words in English conversations, although whether I’m understood is another question...

Si is a little word with a lot of meaning. Its main translations are “if,” “so,” and “yes.” In French, si is a special word, because it means both “yes” and “no.” However, si has to be used properly and in the right context: Si answers a negative question or statement in the affirmative.

As a child, when I first learned this word, my English-speaking self was blown away with the possibilities. Call me a linguistics nerd, but it was exciting! In French, there’s a tendency to formulate questions in the negative; hence, the word si is indispensable. In English, we like to ask questions in the affirmative, which may be why the language doesn’t have an equivalent word. I often get stuck in English looking for a word to contradict a negative statement, and I end up uselessly blathering a muddle of “si, si, si!”

The preposition chez is different from any English preposition. Chez commonly translates to “at,” “for,” “among,” or “in.” It usually refers to a place, home or business but is also often used as part of an expression.

Example:
Je t'appellerai une fois que je serai chez moi. / I will call you once I get home.

Chez means “at the place that belongs to,” and by the wordiness of that expression, you can sense that no perfect one-word translation exists!

Tartiner means “to spread something,” especially onto a tartine (piece of toast). Given the prevalence of cheese and bread in French culture, it’s no surprise this unique verb exists! There’s just something about saying tartiner (it almost sounds like its meaning)! However, its non-existence in English won’t stop me from asking someone to pass the caramel au beurre salé so I can tartiner my toast!

Bof is a French staple, up there with wine, shrugging, and exclaiming “n’importe quoi!” When indifferent or opposed to a statement, French speakers use the interjection Bof! The exclamation doesn’t translate precisely into English, because it represents displeasure or disinterest. The most similar words in English would be “whatever!” or “meh!” and they don’t quite have the same ring to them. Bof! I’m going to keep using the French!

Voilà is another single word that carries so many meanings: it works as an expression, with multiple English translations (for example, “here/there,” “this/that,” emphasis, filler or affirmation). In French, voilà simply encapsulates them all. Voilà is a combination of the verb voir and adverb là, so it literally means “see here/there.”

Example
T’as vu mon téléphone? / Have you seen my phone?
Sur la table, le voilà! / It's on the table; here it is!

Voilà is a particularly useful filler word, and can be inserted at the end of a sentence, like a synonym of the French expression en effet (in effect). It’s an all-around essential word, voilà.

Bref, which is related to the adverb brièvement, translates to “brief” and signals a short span of time. Often, bref, enfin bref, and bon bref are used in speech as filler or a way to wrap up an idea. When used orally, bref almost translates to “in a nutshell,” “to make a long story short,” “basically,” or “anyway,” but in English, those options don’t sound as snappy as the French. Bref, it sums things up really well, and I miss it in English!

I hope you don’t have la flemme to continue reading! Avoir la flemme literally signifies “having laziness or a lack of energy.” La flemme is often used with the verb avoir. Put together, the phrase avoir la flemme translates to something like “I don’t feel like it.” Sure, we can say “I don’t feel like partying tonight,” but isn’t it more fun to say you can’t because you have la flemme? With the noun flemme, we also have the verb flemmarder, my favourite word to describe lazing around.

I may have saved the best word for last. Like la flemme, spleen gained popularity in 19th century French literature. It describes a melancholic feeling that comes on for no apparent reason. Le spleen and la flemme have certain similarities, and both are quintessential French feelings without English equivalents. 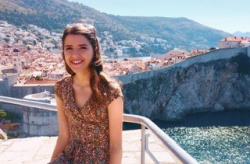 Lauren Shapiro is a third-year translation student at the University of Ottawa. She specializes in Canada’s official languages, English and French, and has a working fluency in Spanish. An avid traveller and passionate about language, she is keenly interested in linguistics and culture.

Lauren, we are so proud of you. Not only are you beautiful inside and out, you have a way with words, English or French. Keep writing, as I look forward to many, many more blog posts.

Wow! Good work Lauren! We are so proud of you.

Ah, a trip down memory lane

Ah, a trip down memory lane from time I spent in France! In my late teens, I was desperate to blend in. I honed in on the most common sounds or exclamations the locals made—"bof" was one of those! Along with "ben" (“bien” with an elongated “e”), a tsk followed by guttural sounds, like "Tu-huuuuh," "ooh, la," "et alors-uh," "oh-OHHHH," and "m'enfin." I would use the sounds to delay while searching for words or to join in on a conversation that I couldn't keep up with. I never heard "spleen," but I'd hear people respond to "comment vas-tu?" with "j'ai un peu mal au foie ce matin." Being "sick in the liver" seemed mostly to mean "hung over." :)

Good evening from a Glendon

Good evening from a Glendon grad (1983). Wonderful article. Reminded me of Bernard St-Laurent and his program “C'est La Vie” and his regular guest Johanne Benoit, the Word Lady. Together, they would introduce various French words, their meaning, and how the word would be used in different communities.