Second-language immersion: A year in Vancouver

Posted on
December 4, 2017
Written by
Mélanie Roy (About the author) 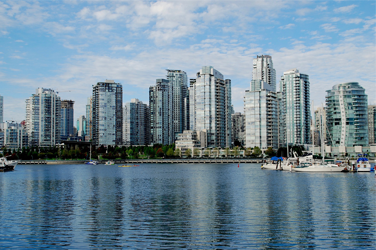 In September 2016, after I submitted my thesis and finished my master’s in literary studies, I felt like going on an adventure. I wanted to travel and step outside my comfort zone. I decided to leave Montreal and head to Vancouver.

After spending a year in Vancouver, I can tell you that immersion is the best way to learn and to perfect your knowledge and skills in another language. And there are many reasons why:

As you take part in activities, work, meet people, socialize and make friends, you learn without even knowing it.

2. You’re forced to make an effort in your second language because of your surroundings.

You go to the movies with friends, order a meal at a restaurant, get groceries, talk to your colleagues … all in your second language!

3. Your learning isn’t limited to 2 or 3 hours a day. Instead, you’re actively engaged in learning all day.

4. It’s a far more stimulating way to learn than sitting in a classroom.

5. You participate in an interactive process that you define according to your own interests and passions.

Let’s say you love playing basketball, so you join a recreational league. Now you get to practise your favourite sport while communicating with your teammates in your second language.

Let me finish my first blog post by explaining how I got the most out of my immersion experience in Vancouver.

Try to get involved in an organization that matches your interests.

I’ve always had a passion for volleyball. I started playing when I was 14, and I became a referee at 16. When I arrived in Vancouver, I joined Volleyball BC and started refereeing. The referee community in British Columbia made me feel very welcome, and I quickly felt like I belonged. To prepare for refereeing and interacting with the coaches, players and spectators in English, I studied the rulebook in my second language for the very first time.

Seize opportunities to express yourself in your second language and listen to people who speak to you in their mother tongue.

After a few months, I had the chance to give training sessions to volunteers on how to complete a score sheet and to mentor new referees. I also participated in a development program to obtain my certification as a Level 3 referee. As part of the program, not only did I get to referee highly competitive matches, but I also attended a weekend-long training course on theory in English. I was assessed on my ability to referee, and I had to pass an exam after the training. And I did all of this in English!

Find as many ways as possible to interact in your second language by making friends.

By refereeing volleyball, I met many wonderful people who, over time, became my friends. This is how I met Gladys, a national referee, who invited me to play volleyball with her every Sunday evening in a recreational league. Gladys introduced me to her friends, and I started hanging out with them occasionally.

What about you? Have you ever had a language immersion experience, or would you like to? If you have, what was it like? Tell me about it in the comments section. 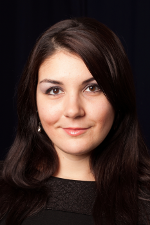 With a bachelor’s in translation and a master’s in literary studies under her belt, Mélanie works as a translator for Public Services and Procurement Canada’s Translation Bureau. A seasoned traveller, marathon runner and volleyball enthusiast with a passion for the French language, reading and writing, Mélanie is always looking for new adventures and new challenges. She is delighted to share her language adventures with readers of the Our Languages blog.