Posted on
September 24, 2018
Written by
Julie Morin and Denise Ramsankar (About the author) , Language Portal of Canada 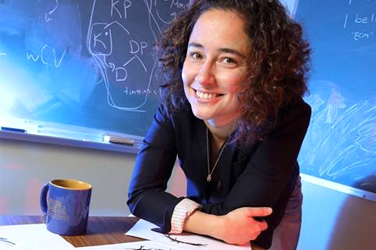 You may know Jessica Coon from her consultant work for the film Arrival, starring Amy Adams as a linguist recruited to decipher an alien language. At her regular day job, Dr. Coon is an associate professor of linguistics at McGill University where she teaches students of all levels about syntax and linguistic fieldwork, and is involved in both theoretical and revitalization work with Indigenous languages. She also speaks English, German, Spanish and Ch’ol (Mayan), and is working on her French. Naturally, we jumped at the chance to interview this linguistic superstar!

Our Languages blog (OLB): Can you explain the difference between a translator and a linguist?

Jessica Coon: There’s a lot of confusion about the difference between linguists and translators, and you even see some of this in the film Arrival, despite my best efforts. People assume that translators are linguists and vice versa, but while people in both professions probably came to their work through a love of languages, they don’t necessarily share the same skill sets, interests, and professional training. Linguists are interested in studying the abstract and structural properties of human languages, as well as similarities and variation across languages. But linguists don’t necessarily speak the language or languages they study, and plenty of linguists will tell you they’re terrible at learning foreign languages. Translators, on the other hand, obviously need to be very strong in the languages they work in but may not be interested in analyzing the nitty gritty components of grammar.

OLB: Tell us about your experience working as a consultant on the set of Arrival.

Jessica Coon: Arrival was filmed in Montreal, and the filmmakers were looking for a local expert to advise them on Adams’ role in the movie. They wanted to know what linguists do, how they analyze unfamiliar languages and even what a linguist’s office would look like. In one interaction with the set designers, they said, “Imagine that you’ve just been brought here to decipher this alien language. You have a team of the world’s best linguists and cryptographers working with you, and you need to write the to do list on this whiteboard. Go!” I had to think about how we would use the tools of linguistic analysis to decipher an alien language, which was definitely not something I’d done before. Throughout the film, you see small things like this whiteboard or alien logograms with my scribbles on them, and even the books from my office!

OLB: Where does your passion for studying lesser-known languages come from?

Jessica Coon: I really loved foreign languages, but when I got to college I knew that I didn’t want to major in Spanish or German. I didn’t want to pick one specific language. When I saw a course called “Linguistics” on the course list, I didn’t know what it was, but I signed up and immediately fell in love. I also had the very good fortune to get to travel to Chiapas, Mexico, as an undergraduate to work on Ch’ol, a Mayan language spoken by around 200 000 people. I lived in a Ch’ol-speaking village and am still working to understand the unique grammatical properties of this and other Mayan languages.

Working on less commonly studied languages is especially rewarding because of the potential for impact. On the one hand, linguistics is a relatively young field and many of the theories we have about how human language is structured were developed on the basis of more commonly studied languages like English and French. But since the goal of our field is to understand human language generally, it’s important to make sure our theories can account for unrelated languages as well. Many of the world’s understudied languages are also endangered, and working on these languages in collaboration with communities has the potential to contribute to ongoing efforts towards language revitalization.

OLB: What does the Canada Research Chair in Syntax and Indigenous Languages do to positively impact Canadian Indigenous communities?

Jessica Coon: Funding from the Canada Research Chairs program provides extra time and resources to conduct research, for which I am hugely appreciative. This funding helps me to fund travel for myself and students to conduct field research, to hire research assistants and to organize meetings among collaborators. Recently, together with a Ch’ol-speaking collaborator in Chiapas, we organized a series of workshops to train Ch’ol-speaking students to record and transcribe stories in Ch’ol to be published online. A few years ago we had a collaborative project with a Mi’gmaq community in Quebec, in which students helped to document the Mi’gmaq language classes happening in the community, and put some of the material online so they could be accessed by community members living elsewhere. These are examples of how linguists can help prevent language endangerment, but the real work of language revitalization and documentation comes from within the communities themselves.

Today there are about 60 Indigenous languages spoken in Canada, and most of them are in danger of losing their last speakers. From a cultural perspective, this is a huge loss, because languages are so connected to identity, and carry so much knowledge and cultural heritage with them. And from a linguistics perspective, these languages have unique and fascinating grammatical properties, which we are only beginning to understand. People sometimes wrongly think that Indigenous languages don’t have real, structured grammatical systems, but this is definitely not the case.

In the end, while linguists can contribute to this work, it isn’t outsider linguists who can “save” a language. All of this knowledge and expertise is within the community. It’s important to recognize and promote all the hard work that’s going on within Indigenous communities and to urge the Government to commit to providing consistent funding for the many successful programs out there. We need to support these communities, who are working to get their languages back into the home and public sphere as much as possible.

OLB: The film Arrival explores the idea that learning a different language changes how you think. Is this true?

Jessica Coon: While a lot of interesting experimental work has shown subtle differences between languages in things like reaction times for certain tasks, there is no evidence that speaking a different language has a major effect on how people think and view the world. This isn’t to say that people don’t have different ways of viewing the world, but rather that these differences are linked to culture and not directly to the grammatical properties of a given language.

People often report feeling different when speaking one language or another, but I think this is more likely due to cultural or contextual associations with a language. For example, the place where you learned to speak the language or the people you associate with that particular language might affect how you feel when you’re speaking it.

OLB: What advice would you give someone who’s struggling to learn a new language?

Jessica Coon: Immerse yourself as much as possible and don’t wait until you can speak the language perfectly before you start speaking. Making mistakes is a necessary part of the process. The best language learners I know are people who go out of their way to find a reason to start a conversation in the language they’re trying to learn. Rather than switching back to a more comfortable language, find a different way to say or describe what you want to say if you don’t know a particular word. If people laugh at you, it’s probably a good sign!

Want to know more about Jessica Coon’s projects and about her work at the Department of Linguistics and as Research Chair? Check out her personal website. 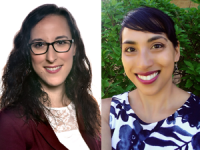 Denise Ramsankar holds a Bachelor of Arts in Translation from the University of Ottawa. In 2009, she joined the Translation Bureau, where she worked as a translator for seven years before becoming a language analyst for the Language Portal of Canada. Denise has a passion for romance languages as well as travel and dance.

I just have to thank you,

I just have to thank you, because it’s very difficult to find valuable information like that in your blog post. Thank you very much.

We're very glad to hear that

We're very glad to hear that you enjoyed this post!