Latin: The not-so-dead language you use every day

Posted on
December 14, 2020
Written by
Mary van Amelsvoort (About the author) 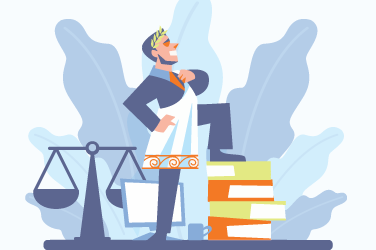 Just as Canada is a mosaic of cultures from around the world, English is a mosaic of grammar and vocabulary, influenced by languages from around the world. You may have read posts on the Our Languages blog about how French has influenced English(opens in new tab) and how you might be more bilingual than you thought(opens in new tab), but you may not have considered the role Latin plays in the way you speak and write. From technical terms to school mottos to everyday phrases, the ancient code still has a presence in modern-day languages, making it not so ancient after all.

Of course, Latin’s influence on language is not without historical ties. Latin influenced Old English (through Christianity and Roman conquests) and Early Modern English (during the Renaissance, when Latin regained popularity). Latin also influenced English indirectly, since English borrowed vocabulary from the Romance languages, which are Latin based.

Use in science and law

Latin continues to be a major influence in the world of scientific terminology. When you began learning the names of planets in grade school, did you ever question their origins? It turns out that all of the planets, except for Earth, were given the Roman names of Greek gods. Additionally, the scientific names of plants and animals, specifically their genus and species, use Latin terms: for example, acer saccharum, the genus and species of Canada’s national tree, translates as “maple” and “sugar.”

Legal terms can be more ambiguous than scientific terms, since their translations don’t always match their definitions. Some terms have translations that are pretty close to their legal definitions; for example, the term “bona fide” (good faith) refers to something that is done legitimately or without fraud. Other definitions, like that of the term “de facto” (in fact), are not as obvious: “de facto,” in a legal context, refers to something that’s true for practical reasons but isn’t mandated, like a rule that everyone follows even if it isn’t a law. An example of this can be seen in the United States, where there’s no official language, but the de facto language is English.

Have you ever looked closely at the edge of a coin or a coat of arms and seen a phrase written in a foreign language? Mottos for countries, schools and other institutions are sometimes written in Latin rather than a modern language. Canada’s motto, for example, is A Mari usque ad Mare, which is Latin for “From Sea to Sea.” Additionally, the inscription “D. G. Regina,” which is short for Dei Gratia Regina and means “queen by the grace of God,” can be seen on the edge of Canadian coins featuring female monarchs. Similarly, “D. G. Rex,” which is short for Dei Gratia Rex (“king by the grace of God”), is inscribed on coins featuring male monarchs.

Use in everyday language

We use Latin almost every day, sometimes without even noticing it. Keeping Latin alive in our modern speech is as easy as using simple words like “extra” or “bonus,” which come from the Latin extra meaning “in addition” or “outside” and bonus meaning “good.” Other times, the Latin origin is obvious: phrases such as carpe diem (seize the day) or Julius Caesar’s famous veni, vidi, vici (I came, I saw, I conquered) are clearly not native to English.

Latin words will also stand out to you in the irregular plural forms of some English nouns. You may have never considered it, but the word “data” is already plural and can be used with a plural verb, since it’s the plural form of the Latin word datum. In English, “data” is normally used as a mass noun, which is why it’s common to hear it used with a single verb, but it can also be treated as a plural noun.

Have you noticed other ways in which Latin has influenced English? Have you ever been interested in learning this not-so-dead language, and if so, why? Let me know in the comments! 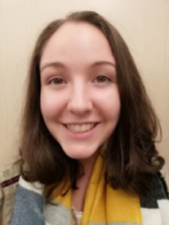 Mary van Amelsvoort is a third-year student at the University of Ottawa, where she studies French-English translation. She enjoyed studying Latin in secondary school, which greatly contributed to her continued interest in language study.