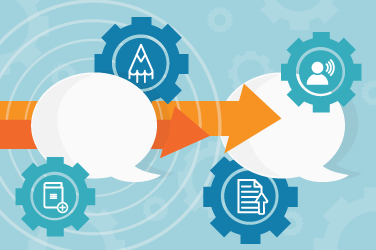 Throughout history, the movement of people has led to the development of the languages we speak today. The English language is no exception.

While English is the most-learned and most-spoken language in the world today, it hasn’t always been this way. English has changed a lot through the centuries. Today, the English language is an amalgamation with influences from languages and cultures around the world. Some of the languages that have influenced modern English include Greek, German, Arabic.

However, one of the biggest influences on the English we speak today has been French. French has influenced English not only in its vocabulary but also in its grammar, pronunciation, and writing. Here are the ways French has helped transform modern English.

The addition of vocabulary

According to different sources, at least 30% of the modern English vocabulary is directly borrowed from French. Words like “prince,” “joyful,” and “beef” come from the French language, as well as common terminology in the military, legal, technological, and political fields. For example, the words “army,” “parole,” “telephone,” and “regime” all have their origins in the French language.

French literature, music, and art have also extended into the English-speaking world throughout the centuries. With the spread of Francophone culture, it’s currently estimated that English speakers who have never studied French can still recognize about 15,000 words in French (ThoughtCo, 2019).

You may hear words like “cliché,” “déjà vu,” and “faux pas” in everyday speech. These words are directly taken from French and haven’t changed at all!

The development of English grammar

Surprisingly, we still use some phrases today that are influenced by French grammar.

Particularly in the fields mentioned above where French has heavily influenced the vocabulary, French grammar plays a prominent role in seniority and titles.

Titles like “consul general” and “agent-general” retained the original French grammar rule of nouns followed by adjectives. In the military, similar titles like “lieutenant general” and “brigadier general” are also used.

Some vocal sounds that French has contributed to English include the “g” sound in “mirage,” the “v” in “vacation,” and the “z” in “zigzag.” French is a beautiful language to listen to, and its influences on English pronunciation have added an additional layer of beauty in English.

French spelling helped transform Old English into the modern English we speak today. As Simon Ager indicates in his article “The Influence of French on the English Language,” words like “queen,” “ship,” and “should” used to be spelled “cwen,” “scip,” and “scolde.”

The acute (é), grave (è), and circumflex (â) accents aren’t typically used in the English language, but some words borrowed directly from French still maintain these accents when used in English. These words include “café,” “décor,” and the delicious dessert, “crème brûlée.”

Both French and English are widely spoken in the world today, and they’re the two official languages of Canada. Both languages have played a significant role in the history of our societies and cultures around the globe and have contributed to Canada’s unique and colorful linguistic heritage.

How has French influenced your life?

What an amazing blog…hope it

What an amazing blog…hope it will be enough to get more positive result and looks like a good starting point!

It is a great pleasure to

It is a great pleasure to read your message. It's full of information. Excellent work.

It was a good

It was a good

As a french beginner, I am

As a french beginner, I am very interested in English and french connections and common language history. Thank you for the helpful information above.

Is a good material and most

Is a good material and most of the beginners need it.

It's really very useful and

British accent due to french

British accent due to french Influence in english?