What Gallicisms are and why we use them

Posted on
March 19, 2018
Written by
Fatima Rizzo (About the author) , Language Portal of Canada 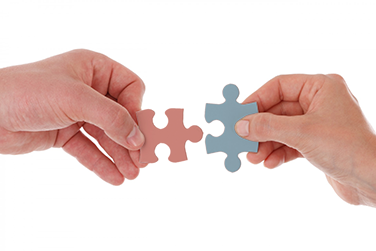 “I filled up on hors d’oeuvres earlier, so I think I’ll just order from the à la carte menu rather than having the table d’hôte.”

What do you notice about that sentence? Probably that it contains 3 French expressions, right? You probably also noticed that the sentence didn’t sound strange to you. That’s because “hors d’oeuvres,” “à la carte” and “table d’hôte” are French expressions that we commonly use in English. Did you know that there’s a name for the French words and expressions that people use when speaking other languages? They’re called “Gallicisms,” which comes from the word “Gallic,” meaning “French.” And we use them for a number of reasons. Let’s explore a few together.

Certain words and expressions may be so rooted in a culture that it would feel strange to use the English equivalent (if there even is one). In parts of Quebec, such as Montreal and Gatineau, where English and French co-exist, words like “dépanneur,” “cabane à sucre,” “autoroute,” “guichet,” “stage,” “Régie,” “terrasse” and “chalet” are part of everyday speech, because they’re so tied to the province’s culture that using them is natural and maybe even necessary if we want to fit in and be understood.

If we’re bilingual or multilingual and speak French often, we’ve likely used a French word or phrase in the other language. Maybe a word simply came to mind in French first either because that word, or to be more precise, that concept, is more common in the French culture. Or maybe we’d just returned from a full day at the office with mostly French-speaking co-workers, and we were still thinking in French.

Whatever the reason, when we speak French and one or more other languages regularly, the constant contact between the languages makes it easy to use a French word or phrase unintentionally instead of the equivalent in the other language.

3. Lack of a suitable word or expression

Sometimes, there’s just no suitable word or expression in another language to express a certain concept. For example, English has no equivalent for the French expressions “je ne sais quoi” and “joie de vivre.”

Sure, we can find English words or phrases to describe the same concepts. For “je ne sais quoi,” we could say that something has an “indescribable quality” or “a certain something.” And for “joie de vivre,” we could say that someone has a “love of life.” But none of those phrases fully convey the meaning of the French expressions. So when we’re faced with such a gap and a French expression can fill it, we borrow it!

Gallicisms can also occur when we translate a French expression word for word into another language. The temptation to do this can be strong if we’re fluent in French and can’t think of the right way to say something in another language. “Close the light” (rather than the idiomatic “turn off the light”) is a perfect example of a literal translation of “fermer la lumière.” For examples of other common Gallicisms that result from literal translations, such as “opening hours” and “providers of service,” check out the section of the University of Ottawa’s writing guide called Translation problems and Gallicisms.

Do you notice yourself using Gallicisms in everyday speech? If so, which ones do you use and why? Let me know in the comment section below! 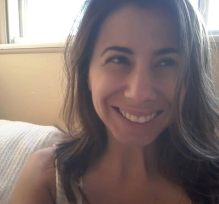 Fatima works at the Translation Bureau, where she happily switches between her terminologist and translator hats. As a writer at heart, she loves how a simple phrase or even a single word can evoke images of beauty and splendour, redefining the way we experience the world.

Why do we say "going to the

Why do we say "going to the cottage"? Does this arise from French? Or does it reflect the experience rather than the particular destination; e.g. my cottage?

Great question! When we hear

Great question! When we hear someone is "going to the cottage" our minds are immediately filled with idyllic images of children playing in lakes, casual outdoor attire, crackling fire pits and exciting water sports. In that sense, "going to the cottage" would certainly reflect the experience rather than the destination. Folks heading to the chalet would enjoy the same experience, as "cottage" (English term) and "chalet" (French term) are equivalent concepts.

The expression can, however, also reflect the destination. Some bilingual people living in Quebec may refer to their seasonal or country home as their "chalet," and chances are the chalet is located in Quebec, evoking that idea of destination. A person living in another province will typically use the term "cottage."

"Chalet" is also used in certain parts of Europe, often referring to Alpen ski chalets. These chalets tend to be built in a specific style, usually with wide sloping roofs. English-speaking tourists will generally use the French term "chalet," as this term, in this location, represents a distinct structure. In this case, the term refers to both the experience and the destination.

How words make us travel!