Let’s celebrate our passion for languages this summer

Posted on
August 13, 2018
Written by
Nicolas Viau (About the author) 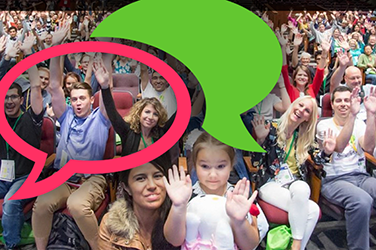 Where can you learn the basics of Chinese calligraphy, attend a talk on multilingual education, get up to speed on your German or Esperanto or even discover the Translation Bureau’s Language Portal of Canada, all in the same weekend? At LangFest, in Montreal, of course! The third edition of LangFest will take place from August 21 to 26, 2018, at Concordia University.

The festival aims to give language lovers from home and abroad a chance to meet other language enthusiasts, to exchange tips and tricks, and to meet fascinating speakers, in a city known for its numerous festivals, as well as for its linguistic and cultural diversity. The program will include talks on language learning, multilingualism and other related topics, as well as practical workshops and much more.

Over the past few years, new communications technologies, especially social media and the Internet, have allowed new ways of learning languages to emerge: mobile applications, websites and numerous YouTube channels make it easier to learn a language, without having to go live in a country where that language is spoken.

Online … and in person

Because I speak the constructed international language Esperanto, a topic discussed at many conferences, and since I like languages in general, I also like the idea of meeting other language lovers in person. So I didn’t hesitate to buy tickets for the Polyglot Conference, to be held for the first time outside of Europe, in New York City in October 2015, with the goal of giving members of this community a way to meet each other. Several North American polyglots then started wondering, “Why not right here at home as well?” Montreal was then chosen to organize a first event. Joey Perugino and Tetsu Yung, Polyglot Conference participants based in the Montreal area, found themselves leading efforts to make the event a reality. And that’s how LangFest was born.

At the beginning of 2016, I learned about an upcoming language-related event in Montreal called the North American Polyglot Symposium (NAPS). The project had just been launched, and the organizers were looking for speakers. I therefore offered to present Esperanto during a talk. A small team of volunteers emerged. As a member of that team, I contributed to communications, among other things.

Helped by the presence of well-known polyglot speakers such as Steve Kaufmann and Benny Lewis, the conference managed to get the word out, attracting about 150 participants. A great success for an event that was completely unknown only a few months before!

For its second edition, in 2017, the event drew nearly 400 people, under a new name, the Montreal Language Festival (LangFest for short), reflecting the fact that all language lovers are welcome to attend. You don’t have to be a polyglot!

The event was then noted for featuring little Bella Devyatkina (who already spoke 8 languages at the age of 5!) and her mother, as well as Professor Stephen Krashen, one of the world’s foremost experts on language acquisition.

I also had the pleasure of giving a talk again, attempting to paint a picture of Quebec’s language situation from a historical and social standpoint for an audience curious about our local circumstances.

Our hard work was rewarded by the smiles and kind comments of participants, both new and returning!

This year’s line up

If you love languages (no matter which aspect you may be interested in), I think that, like me, you will not be disappointed!

In addition to attending talks and workshops, I made new friends! This is what gives an event such as LangFest its added value: I met people with extraordinary experiences and thought-provoking ideas, whom I would never have met otherwise. Meeting so many other learners gives many people a boost in confidence and motivates them more!

And what better place for all this than Montreal, a city with a unique linguistic and cultural profile?

Curious about everything and passionate about languages, Nicolas is fluent in French, English, Esperanto and Spanish, and can get by in Portuguese and German. He studied physics and environmental management, and now works for a renewable energy firm. He is a member of the LangFest team and president of the Quebec Esperanto Society.