The Official Languages Hub® makes its debut on the Portal

Posted on
November 4, 2019
Written by
Mélanie Guay (About the author) , Language Portal of Canada 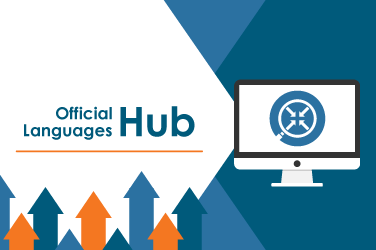 The Language Portal of Canada team is proud to announce the launch of a new tool: the Official Languages Hub®.

Let me give you an overview.

Why the search tool was created

To save time and be as efficient as possible, we must have all the information we need right at our fingertips. That’s why we created the Official Languages Hub®! We wanted to provide a single location where users could find various government resources to meet their particular official languages needs.

For example, let’s say you want to plan a bilingual meeting. The Official Languages Hub® will make your life easier by providing a variety of useful links. Or maybe you’re looking for the Policy on Official Languages or the Directive on Official Languages for Communications and Services. Well, now you don’t have to consult several different websites to find them. A simple search in the Hub is all it takes! And if you don’t find the information you need right away, you can use the filters to refine your search.

Like traditional search engines, the Hub offers the option to search by keyword. But it also features an option to search by theme, which allows you to find all of the pages related to a specific theme, such as learning, official language minority communities or service delivery.

The Official Languages Hub® is easy to access and use. Whether you work in the public service, for a community organization, in the field of education or for a private company, the Hub is sure to meet your needs.

Give it a try by searching for one of the following topics:

How the idea came about

In 2016, the Clerk of the Privy Council and Secretary to the Cabinet asked Patrick Borbey (the current President of the Public Service Commission of Canada and the then Associate Deputy Minister at Canadian Heritage) and Matthew Mendelsohn (Deputy Secretary to the Cabinet, Results and Delivery) to conduct a review of the state of bilingualism in the federal public service. Following the review, a report called The next level: Normalizing a culture of inclusive linguistic duality in the Federal Public Service workplace was drafted. The recommendations provided in the report have been summarized in the Dashboard on the status of the language of work recommendations. To meet one of the recommendations in the report, a working group was tasked with creating the Official Languages Hub®.

Whether you’re looking for information on official languages best practices or you want to find second-language learning tools for your employees, the Official Languages Hub® is a must-have! Add it to your favourites today! 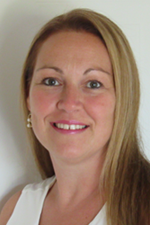