The gift of language

Posted on
May 3, 2021
Written by
Shelina Adatia (About the author) 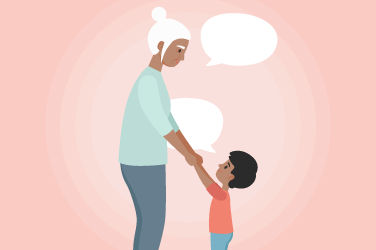 One of the greatest gifts my grandmother (nanima) has ever given me is the gift of language. When I was growing up, she and my grandfather (nanabapa) would walk my sister and me to and from elementary school. While my nanabapa told us jokes, my nanima, a lifelong teacher, used our walks as an opportunity to help my sister and me to perfect our Gujarati. Gujarati is an Indo-Aryan language originating in the state of Gujarat, India. Although it’s the official language of Gujarat, it’s widely spoken both inside and outside of South Asia. Fortunately, my nanima is an excellent teacher, so before long, my sister and I were the ones telling my grandparents jokes – in Gujarati! Little did I know that we would soon have the opportunity to offer a similar gift to her.

For their Canadian citizenship test, my grandparents were required to attend an oral interview – in English. While my nanabapa’s English was quite good, my nanima preferred to communicate in her native language of Gujarati. Anxious about the very real possibility that she would fail her interview, my sister and I took it upon ourselves to become her personal English teachers. Although hesitant at first, my nanima was a model student with an outstanding memory. In a few weeks’ time, she could not only pronounce the names of all the Canadian provinces and territories but also list them from west to east. This is quite impressive, considering English is her fifth language!

Unfortunately, the same task would now be impossible. Nearly three years ago, my grandmother was diagnosed with dementia. Initially, her memory loss was slow, but recently, it has progressed at a much quicker pace. After spending a few months at a rehabilitation centre, my nanima returned home, where she now lives with my parents and me. Since then, my mom and I have been helping my nanima to recall her alphabet and numbers in both Gujarati and English. We’ve also been singing songs with her, telling her stories, and adding some humour into her day, a lot like she and my nanabapa used to do for my sister and me. However, Nanima has also found a new teacher: my four-year-old nephew!

Great-grandchildren and an intergenerational exchange

What started off as a fun game of “let’s teach Nanima her colours” soon became a weekly tutorial, complete with mischief and magic. My nephew’s care and determination have enabled my nanima to progress from “ellow” to “yellow” and “oil” to “orange” – not too shabby for a 94-year-old! Colours, however, aren’t the only content my nephew covers. His curriculum extends to basic modes of transportation and the all-important names of his favourite cartoon characters, hence the mischief that inevitably ensues. Interestingly, Nanima isn’t the only student: my nephew learns from her, too.

My nephew quickly realized that the most effective way to teach Nanima was through a mix of English and Gujarati. The result? An intergenerational exchange, motivating my nephew and Nanima to persist in their teaching and learning – even when they doze off mid-lesson.

Languages truly are a gift, and it warms my heart to observe my nephew developing his own passion for language teaching and learning. Which languages are you most looking forward to teaching or learning, or both, in the coming months? 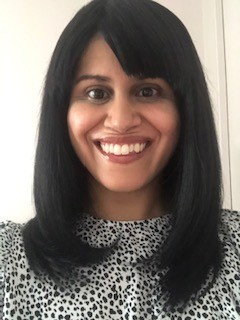 Shelina Adatia is a PhD candidate in the Faculty of Education at the University of Ottawa. She’s someone who has always had a passion for languages. Prior to beginning her doctoral studies, Shelina taught French as a second language (FSL) at the elementary and secondary levels.

Wonderful post, thanks for sharing! Learning and teaching are definitely integral parts of the human experience, things we do throughout our lives. I hope to get back to learning Spanish one day soon.

Thanks for your generational

Thanks for your generational story. I’ve read it in English even if I am French Canadian. I'm practicing my second language, so it's good for me!