Translation and technology: Where things stand

Posted on
November 6, 2017
Written by
Desmond Fisher (About the author) 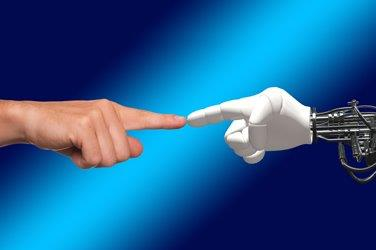 Or so the media keep telling us. In jobs ranging from assembly line worker to lawyer, robots are starting to outperform humans and will soon replace us. And yes, translators are among those on the robot hit list. But does that mean we’ll all be out begging for bread in a few years?

The leisurely evolution of machine translation

Back in the 1950s, some of the first computer scientists looked at the code-breaking successes of the Second World War and thought that those techniques could be applied to translation. Languages are just another type of code, they reasoned. These scientists figured they could find the Holy Grail (the Babel fish or the universal translation machine) within a few years, and no one would ever need an interpreter or translator again.

But that doesn’t mean nothing has changed in the world of translation because of their work. Indeed, almost everything has changed. Computers and then the Internet have revolutionized the field, increasing both the amount a human can translate and the quality of the translations.

A before and after view

Let’s do a quick comparison of translation in a government context before and after the computer revolution. The first column describes the step in the translation process. The middle column shows how things used to work, based on what I’ve heard from my … how shall I put this delicately? … more experienced colleagues. The last column is current practice.

The advantages for translators today

This list illustrates only a few of the many computerized tools that translators use in their work. I like to think of translation and technology interacting on a continuum from 0 (pen and paper) to 10 (fully automatic machine translation). The greatest achievement of the technological progress of recent decades may simply be the number of positions along that continuum that translators can take. With so many options, we can use the technology that works best for us or for a given assignment.

So, while the pursuit of the machine translation Holy Grail gets all the headlines, today’s technology is most often put in service of a human translator, who can make use of the proven advances to produce a better product in less time.

In short, the robots are coming, but quite slowly, and our experience tells us they’re friendly.

What about you? What do you think is the greatest benefit (or the greatest drawback) of language technology in your life? Share your opinion in a comment. 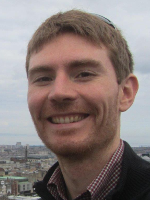 Desmond Fisher is a French-to-English translator at the Translation Bureau. In addition to languages, he is interested in politics, economics and social issues, including the ways technology affects our working and personal lives. He enjoys the never-ending learning involved in working with another language.

Would a rose by any other name smell as sweet? To cliché, or not to cliché: that is the question

Great article, very informative. Thank you for the great tips.

I have read your blog and its

I have read your blog post and it's really good.