Posted on
June 14, 2021
Written by
Jérémie Ambroise and Mélanie Guay (About the author) 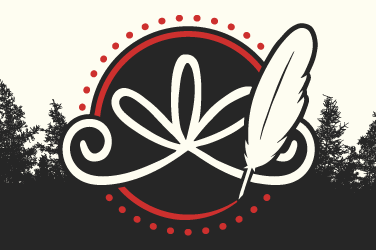 In the early 1990s, the designation “Montagnais” began to make way for the term “Innu,” which means “human being.” So instead of “Montagnais,” we started using the terms “Innu” (singular) and “Innuat” (plural).Footnote 1 In some communities, “Ilnu” and “Ilnuatsh” are also used. In French, however, the word “Innu” is often made plural by simply adding an “s” (Innus).

This post will give you an overview of an Indigenous language in the midst of a transformation, and we hope it will pique your interest in learning more.

The Innu language in Canada

According to the sources we consulted, there are nearly 24,000 Innuat in Quebec and 3,500 in Labrador. Among them are about 11,000 Innu speakers. By Innu speaker, we mean anyone who uses Innu (and more specifically Innu-aimun) as a mother tongue or a second language, or anyone who is proficient enough in the language to be able to hold a conversation. There are nine Innu communities in Eastern and Northern Quebec and two in Labrador. The proportion of Innu language speakers varies greatly from one community to the next. Some communities need to work hard to find a linguistic balance between Innu and English or Innu and French, while others have a high percentage of Innu speakers in their territory.

The revitalization of the Innu language was made possible through various initiatives, including the creation of Institut Tshakapesh (opens in new tab) (in French only) in Uashat. Originally founded in 1978 under a different name, Institut Tshakapesh really took off in 1989 when the organization took on the goal of supporting education and Innu culture in seven communities on the North Shore. Community engagement and the desire to revitalize this language also led to other initiatives. For example, the University of Montréal recently launched its graduate microprogram in Innu language and culture (opens in new tab) (in French only), whose main objective is to provide students with a solid foundation in the Innu language.

The Innu language is part of the Algonquian language family and is based on a Latin alphabet system composed of 11 letters: A, H, E, I, K, M, N, P, S, T and U. These letters include consonants, semi consonants, vowels and diphthongs. It’s a polysynthetic language, which means that each word contains a great deal of information and is made up of several morphemes (units of meaning) that are added onto each other. For Anglophones and Francophones, this would mean that a single word could include almost all the information in a sentence. Interestingly, in Innu, verbs dominate the language. Instead of building the sentence around the nouns, as in “He is my daughter’s teacher,” the verb is instead the key to the sentence (nitanisha tshishkutamueu = He teaches my daughter). Verbs are central to the language. They account for nearly 75% of all words found in the dictionary, while nouns make up 20%, according to Institut Tshakapesh. To give another example, “tomorrow” is uapaki in Innu, but the literal translation of uapaki is “when it is dawn.” This is a pretty poetic structure, but it can be hard to grasp for someone learning this “incorporating” language.

The Innu language has its fair share of outside influences. Whether owing to the people who switch from one language to another when speaking, the influence of school programs in English and French, the music industry or the interruption of the intergenerational transmission of the language, Innu is being transformed. A new phenomenon is emerging: relexification. This is a process by which a linguistic change takes place in an accelerated manner by incorporating aspects of other languages. The term starts with the prefix “re,” which generally announces a return (to go back), a reinforcement (to redouble) or, more often, a repetition of an action (to redo).Footnote 2 Then comes “lexi” or “lexie,” which, according to the definition put forward by Serge Colot, is a memorized lexical unit.Footnote 3 And finally, the term ends with the long suffix “fication,” which refers to the Latin facere and means “to make, in the process of.” In short, relexification is a process of lexical renewal. One example of this is the Michif language spoken by the Métis, which is a combination of Cree and French. Another good example is Creole, which blends elements of Spanish and French to create a completely autonomous language. This phenomenon can be seen in the Innu language, which is undergoing a relexification process with respect to the words used for days of the week, months, time, numbers, new technologies, and so on. As a result, dates and times in French can be heard in the middle of sentences in Innu. Here is an excerpt from a video intended to inform members of the Uashat Mak Mani-Utenam community of the services offered by the Centre Innushkueu (women’s centre):

EKu tshuishamitan tshia ui natshi-miniekui café mani. À huit heures et demie shenakanu.
[We invite you, if you’d like, to come for a cup of coffee. The centre opens at 8:30 a.m.]

In short, the Innu language is alive, well and ever-changing. The phenomenon of relexification does not appear to be jeopardizing the cultural heritage of this First People. This blending of languages undoubtedly makes conversations more fluid, as speakers use whichever words come to mind at the appropriate time, be they in French or in Innu. The oral tradition contributes enormously to the revitalization of Indigenous languages in general, and this is also the case for Innu-aimun. 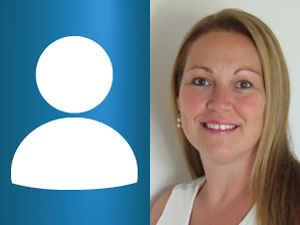 Jérémie Ambroise is the coauthor of the Pan-Innu Dictionary, developed in partnership with the Institut Tshakapesh and Carleton University. In addition to Innu lexicography, his research interests include the evolution of the Innu language, how contact between languages affects them and the study of Cree and Innu dialects.