The Francophone minority: Living in French in British Columbia is possible 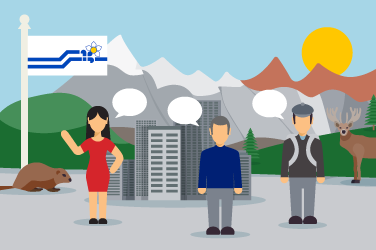 British Columbia has the fourth largest Francophone community in Canada. According to Statistics Canada, French is the mother tongue of over 70,000 British Columbians, and more than 300,000 residents of the province speak French in addition to English or another language.

Structures are in place to provide several services to Francophones and Francophiles living in the province or thinking of moving there. It is possible to study, work and stay informed in French, as well as to access social services and health care. Many organizations work very hard to make all of this possible. One is the British Columbia Francophone Federation, the official voice of the province’s Francophone community. Its mission is to represent Francophones in British Columbia and to promote and defend their rights and interests, while preserving their linguistic and cultural heritage and supporting the development of a welcoming and inclusive Francophone community, in order to expand the Francophone and Francophile presence.

Here are some interesting facts about the Francophonie in British Columbia:

Immigration is one factor that definitely enriches the Francophone community in British Columbia. People from around the world bring diversity to the community and the language. It’s not unusual to walk down the street and hear the language of Molière. Whether you’re at a big box store, a bar, a coffee shop or the local grocery store, you’re almost certain to run into someone who also happens to speak French.

Still, the reality is that Francophone communities are a minority in British Columbia. This means that, for most people, everyday life is carried out in the majority language: English! French usually stays at home. Sometimes, it’s heard in school or at community events; but as far as work, social and civic life, information and shopping are concerned, everything’s done in English.

Nonetheless, speaking a minority language in a majority environment is, above all, a rewarding bilingual experience that leads to a wide range of exchanges and spontaneous learning opportunities, and that helps create a sense of belonging to a community.

That’s why organizations like the British Columbia Francophone Federation are created and why there are now over 40 such organizations in the province. It’s important to have a support and service network, although the vital nature of such a network is often underestimated, especially in a minority situation. British Columbia’s Francophone community is rallying to provide everyone with many opportunities to be actively engaged, whether by participating in proposed activities, using the various French-language services and information sources, or sitting on the administrative committees of Francophone organizations.

The minority situation of Francophones in British Columbia is consistent with the reality of many communities across Canada. The vibrant identity of Franco-Columbians is passed on, maintained, protected and celebrated with the help of many volunteers, partnerships, projects, initiatives, interactions and events, and a host of other vehicles for identity and culture. Promoting the Francophonie is for everyone!

If you have any ideas or want to share what you do in your community to promote one of the official languages as a minority language, please leave a comment! 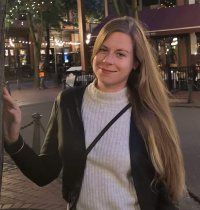 Jade is studying translation at Concordia University in Montreal. Prior to this, she studied how to teach French and took courses in international studies. She is passionate about language and culture, and considers languages to be rich and inexhaustible vehicles for culture. In her free time, Jade enjoys learning different languages to gain a better understanding of her own language and the world around her.

Hi, I am a CPF member and

Hi, I am a member of Canadian Parents for French and a parent in Burns Lake. Our kindergarten to grade 7 French immersion program just underwent a review, which recommended that we close the program. It was not all about the bottom dollar but about lack of diversity, as our community is almost 50% Indigenous. We are reaching out to people who have experienced great success with two languages and who would be willing to write a letter in support of the amazing opportunity that French immersion is. I read a bit about you in the background of your article and thought maybe you would be willing to help us challenge the suggestion and help us fight for the program in our school!