The gift of expressing myself in both languages

Posted on
March 1, 2021
Written by
Jill Barber (About the author) 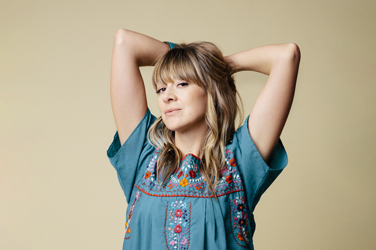 Born in Port Credit, Ontario, Jill Barber travelled all over the country before settling in Vancouver and starting a family there. The artist, who has recorded 10 albums and received many awards and accolades for her music, has worked very hard to learn French.

Get to know this captivating Francophile! She’s one of the spokespersons for the 2021 Rendez-vous de la Francophonie (RVF), a virtual event that will take place throughout March.

I started my career approximately 20 years ago and was inspired by various musical genres, such as folk, jazz and the more retro style of the 60s. When thinking about my influences, Acadia’s lively, vibrant music culture also comes to mind. Even though I’m Anglophone, I’ve loved listening to artists like Édith Piaf, Charles Aznavour and Françoise Hardy. And when listening to my songs, you can immediately feel the connection and my love of the French language. But it wasn’t always that way! When I was young, my parents wanted to give me this gift—yes, I truly believe that learning a second language is a gift! Unfortunately, I didn’t take the opportunity to learn French, and I dropped out of French immersion in Grade 6. I wanted to read, write and express myself in English. However, years later, the tide turned.

The standing ovation that changed everything

The 2009 Montréal Jazz Festival was a major turning point for me. I wanted to communicate with my audience. Since I’m a woman who likes to take risks, I decided to translate one of my songs and sing it at the Festival. Believe it or not, the predominantly Francophone crowd wholeheartedly embraced my French interpretation. I never thought that I’d get such a powerful standing ovation, and it definitely ignited a spark in me. From that moment on, I wanted to continue singing in my second language. I signed up for a French immersion course in the South of France, and, although learning the language was difficult, I really enjoyed my experience. The Institut français (French institute) had an interesting teaching method that included a lot of listening and conversing. My teacher was strict; I had to speak French all day, and in the evenings, I listened to French music. That’s when I really fell in love with French music, to such an extent that I recorded an album of popular French songs in 2013. Once again, I had a great response from my audience! It motivated me to make another French record in 2020. But this time, it was full of original compositions, except for one: a song written by Leonard Cohen and adapted for Françoise Hardy that I really wanted to have the chance to sing in French. Producing an album in my second language was quite a challenge!

English and French: What’s the difference?

When people ask me whether there’s a difference between singing in English and French, I want to say that the main difference is physical. In French, I have a slightly different persona. It’s more physical: French isn’t my first language, and I feel as though I have to step into my body in another way and wear a different hat. The experience is more intense: the language is more passionate, and my mouth has to work harder. I really have to put my whole body into it, not just my voice. I don’t mean to say that I feel less passionate when I sing in English, but I guess I feel more vulnerable in French. That vulnerability sometimes comes across as a greater sensuality. So, in French, I can express myself on the same topic in a completely different way. As a songwriter, you get a feeling of freedom from being able to sing in both languages. I love singing and writing in French because it’s a new way of expressing myself. It’s more playful and more poetic. Bilingualism is clearly a value that I hold dear, and I hope that I can give that gift to my children. It really moves me when they sing “Le monde est beau” (“The world is beautiful”) with me.

As you can imagine, it’s an honour to be a spokesperson for the 23rd edition of the Rendez-vous de la Francophonie (RVF). As a Canadian Anglophone, I feel a certain responsibility to promote bilingualism wherever I go. I’m so proud to be part of a bilingual and multicultural country. I also take every opportunity to celebrate Canadian culture and share my love of French with the public. I’m grateful to my Francophone fans for embracing me so enthusiastically for all these years! When I was asked to be one of the spokespersons for the RVF, I jumped at the opportunity. My partnership with the Canadian Foundation for Cross-Cultural Dialogue for this Rendez-vous is not only a gift, but also a perfect fit. 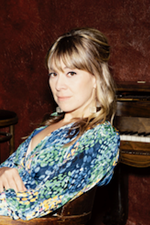 Jill Barber is a three-time Juno Award-nominated singer-songwriter. Her repertoire spans a transformative spectrum from folk to vocal jazz to pop and includes songs in both English and French. Jill Barber’s first language is English, but she learned French in school when she was young. She has released eleven albums, two of which are in French. Her second album in French was released in 2020.