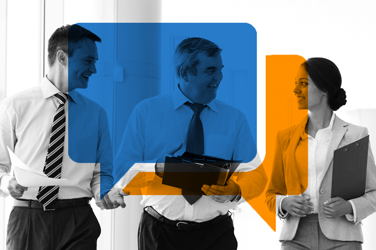 As Canadian author Laure Conan put it, in all great things, before success is finally achieved, there are almost always efforts that go unnoticed.

Being bilingual is a major, if not essential, asset for advancing your career in the public service. Some of you have had a chance to do language training. You put in considerable effort, and then you go back to your work routine. A few months go by, and the opportunities to practise your second language on a daily basis steadily decrease, and you slowly forget what you learned. I’ve seen this happen time and time again. How can we make the most of the efforts we put into learning a second language and ensure that we actively maintain and improve our language skills? I’ve asked myself this question many times over the course of my career, and here are my suggestions.

Learning as a child

I’m familiar with the linguistic realities of majority and minority Francophones in Canada, because I travelled back and forth between those communities when I moved or got promoted. I was born in Shawinigan, Quebec, and spent my early years speaking French in Montreal. Then, my family moved to Toronto. I couldn’t speak English yet, and being a Francophone outside Quebec in 1970 was very difficult, especially in the schoolyard. In class, I excelled in math, which hid the fact that I was unilingual for weeks. This obviously wasn’t a long-term solution! Thankfully, I found the best place for a young man like me to learn: the sports field. It’s no wonder so many language learning specialists recommend that people find an activity or hobby that will allow them to learn a language in a fun environment.

Learning as an adult

By contrast, learning a second language as an adult is a whole other challenge, whether you’re a public servant or not. I spent many years working in the field of law and management in official language minority communities, where communications are often in English. Later, in my role as official languages champion, I observed the same imbalance in opportunities to practise one’s second language. Co-workers have a role to play in helping language learners retain what they’ve learned. I’ve noticed that Francophones in the public service have more chances to practise their second language than Anglophones do. This is because teams often choose to communicate in English as soon as one of the participants speaks English. But in this context, Anglophones won’t have an opportunity to develop their active listening skills and practise their pronunciation in French if their colleagues don’t give them a chance to do so. It is our duty, as Francophones, to create welcoming and positive environments for people who are learning French as a second language.

Furthermore, we’re all encouraged to have truly bilingual meetings, as indicated in the Office of the Commissioner of Official Languages’ guide entitled Effective practices for chairing bilingual meetings and tool called Bilingual Meetings: Take Action!. I can already hear you saying that repeating instructions in meetings makes them longer and redundant for bilingual employees. But here’s the thing—we need to rise to the challenge and give employees equal opportunity to develop their second language skills. How many times have I heard Francophones speaking English at management committee meetings? What we should see, and hear, is the highest ranking members of our organization setting an example.

To make learning fun, many organizations hold games and discussions in their employees’ second language. Some organize “English Tuesdays / French Thursdays,” while others set up language pairing opportunities. There are many ways to promote language learning and bilingualism at work. But learners are also responsible for maintaining their second language skills. They can take advantage of the practicalities of traditional and digital media by listening to the radio or podcasts; watching television, movies or plays; and browsing the Web.

We should all redouble our efforts to help our colleagues maintain the skills they’ve acquired. Those of us who are comfortable in both English and French must support those who didn’t have a chance to learn both official languages as children. After all, it is by promoting real and active bilingualism on a daily basis that we can help our colleagues hone their skills and make our teams more bilingual. Though our efforts may go unnoticed, they will pave the way for great success. 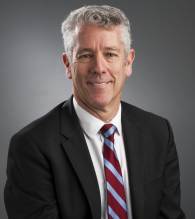 Over the course of his brilliant career with the Government of Canada, he has held several high-level positions, including chairperson and chief executive officer of the Canadian Radio-television and Telecommunications Commission, and assistant deputy minister of cultural affairs at Canadian Heritage.

He is now the assistant deputy minister of the Receiver General and Pension Branch.

I appreciate the efforts put