How my love of words shaped my life

Posted on
January 8, 2018
Written by
Ana Conan (About the author) 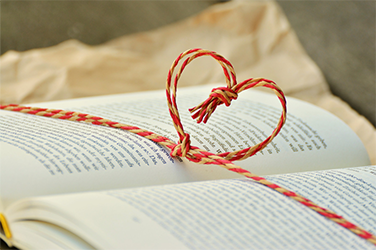 I’ve always loved words. Although I was born in Normandy, I grew up in Brittany; and at a young age, I used a mixture of French and Breton words without knowing which language they belonged to. A third language soon influenced the way I expressed myself: my parents taught English. They always insisted on the importance of communication, no matter which language we used. For instance, when my brothers and I would fight, my mother would suggest that we use words instead of fists.

When I was a child, my mother would read stories to me in English so that I would get used to the sounds of the language, which tickled my Francophone ears. When girls my age would ask for a doll for their birthday, I would ask for a rhyming dictionary, one in French and one in English. While they were reading celebrity gossip magazines, I was borrowing the Times from my father. Dad also had a few books on Canada, the country that would quickly become the subject of my classroom daydreams.

A cure for bullying

At school, my differences isolated me, both in and out of the classroom. One day, I discovered Émile Zola. While everyone in class complained about having to read just 1 of his books, I read 2 or 3 a month.

Even though I was very far behind the other students in science, I excelled in literature without having to study, something that annoyed both my teachers and my classmates. The daily bullying came from both sides. Punishments like “Write out this sentence 100 times,” designed to teach me a lesson, were actually a delight. I loved the sound of pen on paper, the shapes of the letters, the ink that flowed from the tip of the pen and the lines that filled up. Words and their rules were a constant source of interest: Why did we have to add an “s”? Why weren’t words spelled as they were pronounced? Why was a certain form irregular?

My turn to pass on my love of words

A few years later, I got my bachelor’s degree in linguistics, history and literature. Then I ran off to Canada, my promised land, where I became a French teacher. To help my students understand and memorize complex notions, I developed a variety of methods: card games, stories, jokes and diagrams. I used any method that was effective, and the students learned while having fun.

One rule was more important than all others: under no condition would any student go through what I did in school.

After teaching for 7 years, I was forced to change careers reluctantly. But I wanted to continue to do my part for Canada, the country that had allowed me to achieve one of my dreams. For me, serving Canadians was a given.

I am now a Canadian and a public servant. I no longer work in the field of education, but words are still my passion. I lead workshops on the French language.

When I get home from work, I like to look at my bookcase where Émile Zola sits side by side with Alexandre Dumas and Amélie Nothomb. And among those volumes are tales of travellers and photographers, grammar guides and books on the history of Canada.

Words have always played a big role in my life. What is the importance of language and literature in your life? 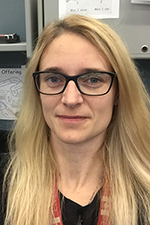 Ana has managed to combine her passion and her work by joining the team responsible for public facing content at Employment and Social Development Canada, where she simplifies texts intended for Canadian citizens receiving employment insurance benefits. On her blog, she posts humorous stories about her life in the National Capital Region and also writes about more serious and emotional topics such as grief, bullying and health issues. Her co-workers have dubbed her the grammar police, and she carries out that role with great pleasure.

7 proverbs and expressions that Granny used to use

My love for languages started when I was introduced to French in my high school and still continues to this day as I am working as a freelance translator. After learning (and enjoying French), I made it my mission to learn as many languages as possible (which has been somewhat taking shape as I am currently learning Spanish too).

Great article, keep up the

On gagne à te connaître Ana. You have a way with words, mon amie! :-)