Posted on
April 8, 2019
Written by
Geoff McGuire (About the author) 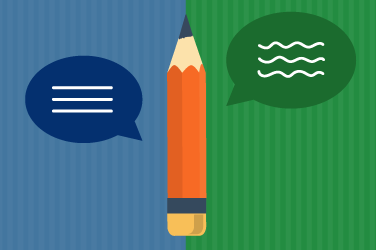 I love the passive voice. There, I’ve said it. Now I’ll briefly take cover while the inevitable salvo of criticisms flies in my general direction.

Judging by what’s written about it in most of the writing and readability guides I’ve read, you’d swear the passive voice was engineered by the devil himself to confound humankind.

I get it. Passive constructions can be wordier than active ones. And by moving the agent (“doer”) to the end of the sentence (or omitting it altogether), they can leave readers with little idea of who is acting or who needs to act. In writing that’s meant to move people to action or to lay out roles and responsibilities, abusing passives can defeat your whole purpose.

Of course, we all know there are texts (often scientific) where we care less about the agent than the result. And then there are those cases where we want to conceal or de-emphasize the agent for one reason or another. Here, the passive voice is inescapable. But does this mean the passive belongs only in special categories of writing? I would argue instead that this voice has its place in all kinds of writing. It’s all about topic, comment and focus.

When reading a clause, we usually expect what comes first to be the topic (the “what”) and what follows to be the comment (the “so what”). Some have called this the “given new” convention. More often than not, the grammatical subject of a clause is the topic and the predicate is the comment.

Do we really want to replace a paragraph like this one…

As Naveen was crossing the street one morning, he was hit by a bus. He was transported by paramedics to hospital, where he was told that given the nature of his injuries, he would need to be operated on by a specialist.

As Naveen was crossing the street one morning, a bus hit him. Paramedics transported him to hospital, where the staff told him that given the nature of his injuries, a specialist would have to operate on him.

(I apologize for the dullness of my little example. It was the best I could come up with off the top of my head to make my point.)

In the first paragraph, through the use of the passive voice, “Naveen” remains in subject and (by convention) topic position. Other players are involved, but everything is a comment about Naveen, and rightly so.

In the second paragraph, we’ve made the passives active, but with some unintended consequences. As we move from clause to clause, the subject position is now occupied by a range of different objects/people (including “staff,” which the active voice forced us to add). For a fleeting moment, each new subject steals the honour of being the topic, but just as the reader prepares to hear more about the apparently new topic, it disappears from the story. In a nutshell, while this second paragraph definitely feels more active and energetic than the first, it is jarring, clumsy and confusing.

If we keep the real topic in subject position (with the help of the passive voice), it actually tends to fade into the background and becomes a “frame of reference” rather than a “focus of attention.” The reader is then freed up to focus on what’s being said about the topic rather than constantly trying to figure out what the topic is.

The “operated on by a specialist” structure at the end of the first paragraph shows yet another potential strength of the passive voice: it puts the agent, namely the specialist, in a position of focus at the very end of the clause, setting it up to become the new topic (assuming that’s where this rather lame story is headed).

As you can see, there are more than a few reasons I might want to use the passive voice in everyday writing. But grammar checkers and other writing assistance tools are constantly challenging every instance of the passive in my writing: “Passive voice, consider revising.” Grrr. These suggestions are frustrating not because they confuse me (I have enough experience to recognize a bogus suggestion when I see one), but because I know emerging writers may mistake this for a black and white issue and start blindly changing passive structures to active ones, never developing their instincts.

So I say teach people to write with an eye to topic, comment and focus, and the choice of voice will (fingers crossed) be obvious.

The passive voice never deserved the bad press it has received. It’s just one of many tools the language has to offer. Know when to use it, and why, and your message will shine through!

How about you? Do you shy away from the passive voice? Or do you agree that it’s all about topic, comment and focus? Let me know in the comments section. 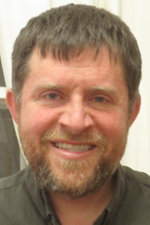 Geoff McGuire has worked for the Translation Bureau since 2003, serving as a French-English translator, a coach for junior translators and, most recently, an on-site editor at Shared Services Canada. Geoff is fascinated by how language enables humans to represent (and misrepresent) reality and how different languages analyze reality in different ways.

Good, provocative post! You make some good points, and pushing back on the conventional wisdom is valuable here. However, a lot of writers desperately need to be aware of the pitfalls of the passive voice so they can avoid it most of the time.

The key is the word "voice". Writers with strong voices can use whatever structures they like—if their writing reads well, their audience won't even notice passive constructions. But those writers usually know what they want to say and how to say it before they start writing. And they know the tools of language and when to use them. That means being familiar with the pros and cons of different structures. Alas, most people are not likely to read very much about the passive voice, so if all they hear is that it's bad, I'm not going to complain too vociferously!