Posted on
December 16, 2019
Written by
Françoise Giboureau, Carole Melanson and Robert Beaumier (About the author) 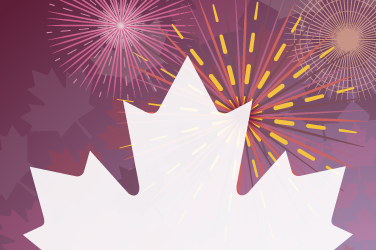 Although nowadays, at the age of 50, the Official Languages Act might seem a little dated, it was nonetheless groundbreaking at the time of its creation. The values of respect, inclusion and equality before the courts, which it advocated back in 1969, are fervently defended in Canada today.

While originally enacted in part to protect the rights of official language minority communities, the Act supports the linguistic expression and vitality of the Canadian people as a whole. In addition to furthering trade and diplomatic relations, it lays the foundation for Canada’s collective identity. To realize the truth of this statement, we need only attend the July 1st activities celebrating Canada’s birthday on Parliament Hill in Ottawa. The Act was intended to foster the development of Anglophone and Francophone communities, but ultimately it brings together all Canadians of every cultural background. The two official languages have become the bond that unites Canada in its cultural diversity. They have become a bridge between cultures: a link that connects and unifies.

I love this law. It was because of this law that I came to Canada just prior to 2000, when I was looking for a country where my children could go to school in French. It was because of this law that I found my first job. It is because of this law that today, in the federal public service, I can work in my mother tongue and use my second official language every day. Institutional bilingualism has been beneficial for me in my personal life, introducing me to colleagues and friends that I wouldn’t have had the chance to meet in my unilingual universe. You might say that my children seemed to naturally master English and French, without even trying. It was this law that allowed them to build their future and feel at home in this country where life is good in both languages.

I grew up in New Brunswick, in an Acadian Francophone community. At school and at home, we spoke French (or maybe I should say we spoke “chiac”!). But everywhere else, everything was done in English. Doctor’s appointments, in English. Eating out, in English. Sports, in English. With the advent of the Official Languages Act and access to bilingual services, French began to be heard, little by little, in the world outside the home (or “che-nous,” as we say in Acadian French). Encouraged by the value which the Act placed on their language, the people in my community began to speak French not only at home, but in the grocery store, at the theatre, at the airport, at hockey games. And to our surprise, we discovered that most of the people we had spent so many years talking to in English were actually French speakers, like us! That’s the power of a law: it enabled a whole community to reclaim its voice outside of the four walls of the home!

The Official Languages Act represents an important step in the recognition of English and French throughout Canada.

I recall the first trip I made to western Canada in the mid-70s. Once you got past Sudbury, Ontario, it was almost impossible to obtain services in French or even find a French speaker, except in Saint-Boniface, a suburb of Winnipeg, Manitoba. If you were lucky, you might have a conversation in French with a fellow traveller from Quebec or elsewhere.

A few years later, in the early 80s, I followed almost the same route, and the situation had changed considerably: many people I met were already bilingual or aspired to be, and services for Francophones had improved significantly. From then on, as far as their status was concerned, the two official languages were on an equal footing.

In the late 80s, I made my third trip west, this time to work as a fruit picker during the summer (that’s right!). Even though English was the dominant language in the Okanagan Valley, there were so many Francophones that the Penticton region, where I was staying, had become virtually bilingual!

Sometimes, a law can help to generate concrete results.

Let’s be proud of this law and celebrate it! 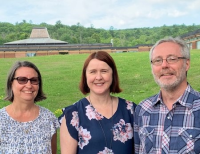 A native of France, Françoise Giboureau came to Canada 20 years ago with her husband and children. Her plan was to explore the country and stay until the kids grew up and finished high school. But she ended up staying for good, and she has no intention of moving away. The field of study she chose—teaching French to adults—brought her here from the other side of the Atlantic, and she doesn’t regret it one bit. The official languages are very important to her, and she is passionate about this topic whenever it comes up. Françoise now works as a learning advisor at the Canada School of Public Service.

Carole Melanson has a bachelor’s degree in translation from the University of Moncton and a master’s degree in business administration from Laval University. For 15 years, Carole worked for Radio-Canada in Moncton, Toronto and Ottawa. Since 2009, she has been a public servant: she began with the Canada Education Savings Program and then joined the Canada School of Public Service in 2019.

Robert Beaumier works at the Canada School of Public Service as a learning specialist, in the area of official languages and language training. With a master’s degree in linguistics and a bachelor’s degree in French studies, he is interested in everything related to language and language learning. An avid reader and crossword puzzle buff, he also likes to hike and cycle to stay in shape.

It's really great to hear so

It's really great to hear so many personal testimonies about bilingualism in Canada. What a treat!