Posted on
October 2, 2017
Written by
Marie-Christine Payette (About the author) , Editors Canada 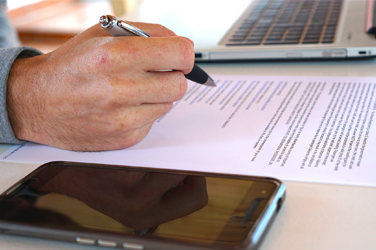 Do you or your company produce documents in both of Canada's official languages? How can you ensure that both versions of these documents contain the same information while respecting the style and conventions of each language? By having a comparative revision done.

Comparing to ensure that texts correspond

The following definition provided by Editors Canada (in French only) explains what comparative revision entails: [translation] “Comparative revision involves ensuring that the content of a translated publication or text corresponds faithfully to the original version.”

Faithfulness means that the translated text conveys the same message as the original text, with no additions or omissions. In addition to being faithful, it must flow well and be plausible. Ultimately, upon reading the text, the reader should not be able to tell that it is a translation. In other words, the translated text must stick to the original text without being a literal translation.

Comparative revision therefore requires knowledge of a second language. It is also done by a professional reviser, preferably a native speaker of the language into which the text has been translated. This person must have an excellent command of both of the languages in which he or she is working, in order to be able to grasp the nuances of the different texts.

The reviser must also ensure that the translated text is clear and does not contain any mistakes (such as Gallicisms, vocabulary errors, calques). He or she should also pay attention to sentence structure and quality of language. Finally, the reviser has to check bibliographical items, the names of institutions and organizations, and the titles of works, among other things, to make sure that they have been translated correctly or left in the source language if there is no official translation. Thus, comparative revision often requires that the language professional “wear 2 hats,” that of a reviser and that of a translator, because he or she may occasionally have to rework the text.

If you make changes along the way to the layout and structure of the original text, the reviser will also have to make the same changes to the translated text to ensure that the appearance of both texts is the same. This includes typography, the layout of certain elements (tables, etc..), and the hierarchy of headings and subheadings.

A comparative revision gives you the assurance that your documents are of high quality and that they provide the same information in both French and English.

Have you ever had a reviser do a comparative revision? Has a reviser ever saved you or your company from embarrassment? Share your experience with us in the comments.