Posted on
October 15, 2019
Written by
Martin Lavallée (About the author) 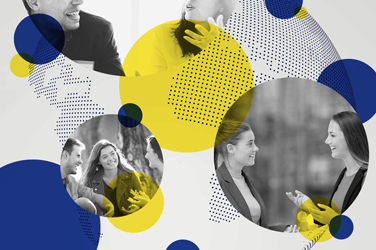 Interlingua is an international language that was created in 1951. The result of almost three decades’ work by linguists from several countries, Interlingua is easy to learn and understand, especially if you speak a Romance language.

The main features of Interlingua

Interlingua is a synthesis of Latin-based languages. Where the French language formed coeur, the Spanish, corazon, and the English, “heart,” Interlingua created corde from cordial (French for “cordial”) and cordialitate from cordialité (French for “cordiality”). Thus, Interlingua is defined as a form of modern Latin. Another example is the Spanish tiempo, the French temps, and the English “time,” which Interlingua renders as tempore and which is found in the international derivatives temporel (temporal), temporalitate (temporality), temporari (temporary) and contemporanee (contemporary). The languages influenced by Latin and Greek constitute a common root that forms the foundation of Interlingua.

As a modern reincarnation of medieval international Latin, Interlingua codifies a language that potentially already existed. Since it is taken from the Greco-Latin international vocabulary found in today’s languages, Interlingua does not contain any invented or distorted words.

Interlingua’s grammar can be explained in a few pages. The plural is formed by adding “s.” Adjectives are invariable. For example:

Note that puero is found in English “puerile”; and duo, in “dual” and “duality.”

I discovered Interlingua when I read Pierre Burney’s book Les langues internationales, published by Presses universitaires de France. Because Interlingua’s vocabulary draws from many languages, it has often helped me understand terms in French and other languages that Latin has influenced over the centuries.

I also enjoy the cadence of Interlingua, with the position of the tonic accent on the last, penultimate or antepenultimate syllable. This feature gives the language a rhythm very similar to Latin, which makes it suitable for poetry and song.

Interlingua is the most widespread of the naturalistic international auxiliary languages, according to Wikipedia. The members of the Union Mundial pro Interlingua are spread across all continents. Informal Interlingua meetings are held regularly in several Canadian cities. In Quebec, the Société québécoise pour l'interlingua promotes activities in this international language. This year, the Conferentia international de interlingua will be held in Prague, Czech Republic.

Even the Universal Declaration of Human Rights has been translated into Interlingua. Here is Article 1:

All human beings are born free and equal in dignity and rights. They are endowed with reason and conscience and should act towards one another in a spirit of brotherhood.

Over 200 books, grammar guides and dictionaries have been published in this international language.

In addition, Wikipedia has an Interlingua version containing more than 21,000 articles.

In closing, I would like to propose three resources from the Union Mundial pro Interlingua that will allow you to learn more about Interlingua: 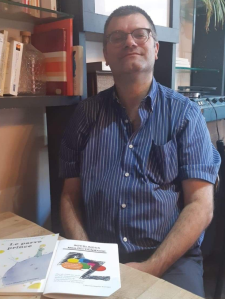 Martin Lavallée is an Interlingua speaker who lives in Montreal. He learned this international language in 1992. The vocabulary of this form of modern Latin is readily accessible to the 900 million speakers of Romance languages.

Hi Martin, thank you for your

Hi Martin,
Thank you for your post. Apart from the official websites, it’s hard to find much about Interlingua on the internet. Do you think learning Interlingua first and then French later might actually be productive, if the final goal is to be able to read French well and speak it to a degree?

I think a few weeks is enough

I think a few weeks is enough for learning the basic vocabulary of Interlingua and its grammar. It can be an incentive for learning a more difficult language like French afterwards. As Interlingua has international Graeco-Latin roots, you will readily understand many words in science and literature like “rotation” and “parvité” (parvity), which come from the Interlingua “rota” (wheel) and “parve” (small), respectively. But you would still have to learn the French words “roue” (wheel) and “petit” (small). I think learning Interlingua will help you in learning French, but it will still take thousands of hours to be able to write and speak the language of Molière. Bon studio! Bonne étude!