Posted on
January 13, 2020
Written by
Julia Fischer (About the author) , Canadian Language Museum 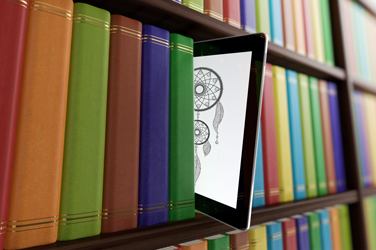 When was the last time you consulted a dictionary? As in, an actual book with a list of words, not an online search engine? If you’re like me, the answer might be somewhere between “never” and “probably in high school.” As a digital native, I’m afraid the thought of spending several minutes just to find a definition (or worse, a “see …”) triggers my yawning reflex. Luckily, the new exhibit “Beyond Words: Dictionaries and Indigenous Languages” at the Canadian Language Museum proves that dictionaries are not just containers of boring word lists, but historical monuments that tell the stories of the people that create them.

Since the earliest contact, European colonizers have translated Indigenous languages into English or French and developed dictionaries, which they used for the purposes of economic trade, colonization, conversion, and assimilation. Today, Indigenous communities take matters into their own hands and create dictionaries in order to provide future generations with a tool to revitalize their languages.

The challenge of standardization

There are more than 60 Indigenous languages spoken in Canada today, ranging from those with just a few speakers, such as Onondaga, to those with tens of thousands of speakers, such as Cree or Inuktitut. Most of these languages have a number of dialects which can vary greatly in pronunciation, spelling and grammar, and so the question of standardization arises. It can take years to decide how to deal with these variations in a dictionary.

The approaches taken by communities to create their dictionaries vary. For example, the Cayuga Nation collaborated with linguistic consultants to help decide how to organize the entries; the Nakoda Sioux Nation is beginning by simplifying the writing system, and the Mohawks of the Bay of Quinte decided to focus on recordings and online technology rather than creating a printed dictionary.

In any case, language learners are not just presented with an abundance of words. The dictionaries of the Indigenous communities provide ample information on cultural and political terminology, such as place names, chief’s names, or ceremonial language. The English-Cayuga / Cayuga-English Dictionary, for example, devotes a whole appendix to the specifics of the traditional Thanksgiving Address (Ganǫhǫnyǫhk).

Since the dictionaries are created for the purpose of language revitalization and preservation, it makes sense that many Indigenous communities choose to take advantage of online technology as well. The web-based language revitalization project FirstVoices, for example, works in partnership with over 50 Indigenous communities across British Columbia, and provides online access to language education tools. The app Singuistics teaches the Inuktitut language through traditional songs, and on the Rocky Mountain Nakoda website you can learn the language of the Ĩyãħé Nakoda and learn about their traditions, values, and legends.

So whether you’re curious to learn an Indigenous language, passionate about preserving and revitalizing your community’s language heritage, or interested in learning about Indigenous Canadian worldviews, politics, or culture, there is something for everyone! Go and explore your local library, or suggest that the library stock up on Indigenous dictionaries so they become more accessible for everyone. Browse through the Indigenous language resources on the Language Portal of Canada (read Mélanie Guay’s blog post for more information). Or visit the Canadian Language Museum, and learn about the people who create those wonderful artefacts of language and culture! 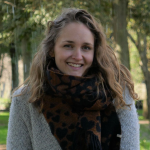 Julia is a graduate student from Germany who is currently interning at the Canadian Language Museum. Aside from travelling the globe and learning about local language heritage, she works as a German-English translator and copy editor for an online magazine. She believes that language opens the door to a people’s culture, so her aim is to study as many languages as possible.

Nia:wen for providing this language resource.
When people lose their language, it silences their voices and they become invisible.

P.S. “Artefact” should be spelled “artifact.”

Nia:wen, Cassie! We’re so glad that you liked the post. It’s true that language is the vehicle by which a people transmits its world view, values and traditions, and to lose a language is to lose one’s voice. That’s why it’s so important to preserve all languages, so many of which are fast disappearing. (With regard to the spellings artefact and artifact, we’re happy to report that both are correct. :-))

Is there a source list for "Indigenous Languages Dictionaries" available?

The content of this blog post is based on the Canadian Language Museum's exhibit Beyond Words: Dictionaries and Indigenous Languages. You can learn more about the exhibit and its creators on the museum's website (www.languagemuseum.ca). It should soon be available as an online exhibit. I hope this helps!

So important to have

So important to have resources and tools to allow for these languages to be used and valued, recognized as they are a tool to express culture and traditions.