Australian English in a nutshell

Posted on
May 4, 2020
Written by
Line Lalande (About the author) , Language Portal of Canada 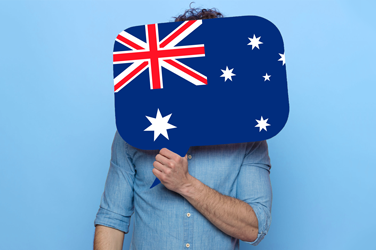 Have you ever heard the expression “She’ll be apples”? What about “tracky daks” or “snags on the barbie”? These are just a few of the fascinating colloquialisms that are used in Oz. From its origins to its accents to other common sayings, here’s the lowdown on Australian English.

The origins of Australian English can be traced back to the first European settlers, who began to arrive from the British Isles in 1788. Many of them were convicts sent to the penal colonies for mainly petty crimes; the rest were officers, marines, administrators, farmers and their families. As the children of these settlers became exposed to dialects from different regions of England, Ireland, Scotland and Wales, a new variety of English was created.

Australian English was also enriched by contact with Australian Aboriginal languages, incorporating the Indigenous names of plants, animals and places (such as “bunya,” “dingo” and “Canberra”) into its vocabulary.

As workers from abroad flocked to Australia in the 1850s in search of gold, the language continued to evolve. Later, by the 20th century, North American words, expressions and usage had crept into Australian English, largely as a result of films and mass media. The language was further influenced by military troops stationed in Australia during World War II, and later, by television and the Internet.

There are three varieties of Australian English: cultivated, broad and general. These varieties differ in accent and are sociocultural rather than regional; that is, they often reflect the speaker’s social and educational background.

On the other end of the spectrum is Broad Australian, a variety that developed in the early 20th century, possibly as a reaction against the emphasis on Received Pronunciation. The Broad Australian accent is easily recognizable and somewhat nasal; for example, the words “rate” and “buy” are pronounced “rite” and “boy.” Paul Hogan, of “Crocodile Dundee” fame, is well known for his Broad Australian accent. However, fewer and fewer Australians are sounding like the outlandish reptile poacher these days!

Despite the emergence of the “extreme” cultivated and broad varieties, most Australians still speak General Australian, the accent that evolved between 1788 and 1840. It’s the most common of Australian accents, and it’s widely spoken in urban areas. General Australian English is also the standard language for Australian television and movies.

In general, Aussies stretch their vowels, don’t pronounce “r” in the middle or at the end of words, and speak with a rising intonation at the end of a sentence. They also tend to shorten words and use endings such as “-o,” “-ie” and “-y” (guess where the word “selfie” comes from …). So if you’re ever in Australia and want to fit in, remember this simple rule: abbreviate, abbreviate, abbreviate! Check out the table below for a sampling of Australian English slang words and their Canadian English equivalents.

Finally, this post wouldn’t be complete without some colourful Aussie expressions. Here are some common sayings and their meaning in Canadian English.

How about you? Do you have any favourite Australian words or sayings? If so, please share them in the comments section! Catch ya later, mate! 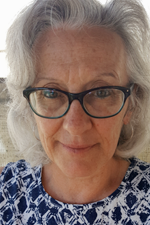 Thanks, Line. Great article! Watching the Australian Open tennis tournament over the years, I picked up a few things that Aussies say. My favourites are "Don't die wondering!" and "to go (on) walkabout." The first expression is not exclusive to Australia, but seems appropriate for their culture. It means "Go for it!" The second means "to go on an unplanned trip" or "to go AWOL" or, in a tennis match, "to lose focus."

Hi, Desmond. I'm glad you enjoyed the post. I had fun writing it! Once travel restrictions are eased, I think I'll go walkabout! Thanks.