Why we spell the way we do: Part 2

Posted on
May 31, 2021
Written by
Anne-Marie Tugwell (About the author) , Language Portal of Canada 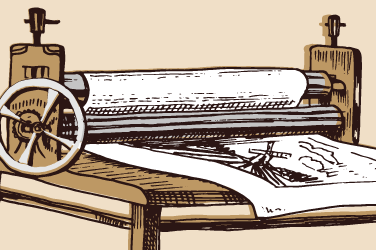 When taking spelling quizzes as a child, I wondered why words that are spelled nearly identically are pronounced differently. For example, “treat” and “great” end in the same four letters, but the vowels aren’t pronounced in the same way. I also wondered why some words have silent letters. Take the words “ghost” and “ghastly.” Why do they each have a silent “h”? Well, I finally got my answer! In my previous blog post called “Why we spell the way we do: Part 1 (opens in new tab),” I talked about how other languages influenced English spelling. But there were two major events that further complicated the matter: the Great Vowel Shift and the advent of the printing press. Dictionary writers then tried to bring order to English spelling in the 16th century. Let’s take a look at what happened.

The Great Vowel Shift was a slow but significant shift in English pronunciation. Although it’s not entirely clear when it began or ended, most of the shift took place between the 15th and 18th centuries. During this time, the sounds of long vowels were gradually made higher and closer to the front of the mouth. For example, the long ū (as in “too”) changed to the diphthong [aw] (as in “now” or “eyebrow”).Footnote 1

According to Luke Mastin, “the spellings of some words changed to reflect the change in pronunciation (for example, ‘stone’ from ‘stan,’ ‘rope’ from ‘rap,’ […]), but most did not.”Footnote 2 The Great Vowel Shift helps to explain why some words with different spellings, such as “feet” and “feat,” are pronounced the same way. It also explains why we pronounce words like “treat” and “great” differently, even though they’re spelled similarly.Footnote 3 As these changes were underway, the printing press arrived in England.

When reading books, magazines or newspapers, I’m always shocked when I come across a spelling error. But I can’t even imagine what it would have been like to read something in the 15th century. There were no dictionaries back then, which meant that even publishers couldn’t agree on spelling.

In 1476, William Caxton introduced the printing press to England. At the time, there were five major dialects, which meant that spelling variations were the norm, and some words could even be spelled up to 500 different ways!Footnote 4 Caxton used the government’s Chancery Standard as a spelling guide, but he didn’t follow it religiously. As a result, the spellings that he used were often inconsistent (like “booke” and “boke”).Footnote 5 What’s more, the printers who worked with Caxton sometimes used Dutch spellings (for example, “ghost” instead of “gost”—there’s that silent “h”!), and there were even times when different spellings had to be used for formatting purposes.Footnote 6 Something needed to be done, so dictionary writers stepped in to bring order to the spelling chaos!

According to the English Spelling Society, the end of the 16th century saw numerous calls to standardize English spelling. The first person to answer those calls was Richard Mulcaster. In 1582, he wrote a book on correct spelling called The first Part of the Elementarie. But there was just one problem: he included only 8,000 words! Soon after, Edmund Coote wrote the English Schoole-maister, which was based on popular usage. The next major work to be published was Samuel Johnson’s dictionary in 1755.Footnote 7 Since that dictionary was written, only minor changes have been made to English spelling. For more information on Samuel Johnson’s work and how it affected Canadian spelling, read the blog post called “Why Canadian spelling is different (opens in new tab).”

The Great Vowel Shift and the advent of the printing press help to explain why there are so many irregularities in English spelling. Over the years, there have been many calls for spelling reform. Even today, a number of groups would like to change our spelling system so that it’s more consistent and reflects our pronunciation. Would you support spelling reform? And if so, how would you begin that process?

The English Spelling Society. (n.d.). “Printing adds to the muddle (opens in new tab).” A brief history of English spelling. 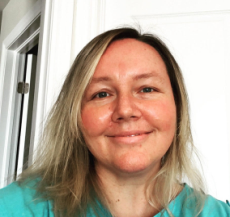 Anne-Marie Tugwell started her career teaching French, Spanish and English in private and public schools. She became a translator at the Translation Bureau in 2017, and she’s currently on assignment at the Language Portal of Canada. During her spare time, she enjoys designing jewelry and writing poetry.

Why we spell the way we do: Part 1

It's interesting to me that

It's interesting to me that the French advocated for spelling reforms, but not the English. It seems that there are as much inconsistencies in both languages! I wonder what the Anglo world would think about reforming their spelling. In France, it's always a struggle!