What’s up with "you"

Posted on
October 1, 2018
Written by
Sheila Ethier (About the author) , Language Portal of Canada 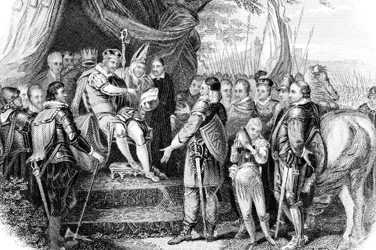 Other languages have at least two ways to say “you.” And some have even more. French has “tu” and “vous.” German has “du” and “ihr” and “Sie.” Spanish has “tú” and “usted” and “vosotros” and “ustedes.”

But English has only “you.” For one person or several. For a subject or an object.

It wasn’t always that way. Old English had three second-person pronouns, with different subject and object forms. And Middle English had two: the singular “thou” (object: “thee”) and the plural “ye” (which was gradually replaced by its object form “you”). So how did “you” end up as the sole survivor? It seems that we owe our lone second-person pronoun to two main factors: French … and snobbery.

After the Norman conquest of England in 1066, French exerted a considerable influence on the English language. For one thing, thousands of words came into English from French.

But vocabulary isn’t all we borrowed from those refined and courtly Normans; they also introduced us to a new way of using pronouns. They used their plural pronoun “vous” to speak to two or more people; but they also used it to show respect to one person of high status. And they used their singular pronoun “tu” to speak affectionately to a close friend or family member; but they also used it to speak down to someone of lower rank, such as a servant.

Evidently, we liked the idea of using pronouns to show social rank. Over the following centuries, we gradually adopted the same practice in English, using “you” like French “vous,” to show respect when speaking to a stranger, to a superior or to a social equal (among the upper classes). At the same time, we began to use “thou” like French “tu,” to show intimacy with a friend or family member, or to talk down to a social inferior. This usage became well established in English by the 13th century and continued into the 16th century.

As part of this process, “thou” even came to be used as a verb meaning “to address someone as ‘thou’ ” (often as a sign of contempt). A good example can be found in Shakespeare’s play Twelfth Night, where a character is urged to call a rival “thou” to suggest that the rival’s status is inferior: “Taunt him with the licence of ink: if thou thou’st him some trice, it shall not be amiss.”

And at the trial of Sir Walter Raleigh for treason in 1603, the prosecutor made a point of insulting him with these words: “All that Lord Cobham did was by thy instigation, thou viper! For I thou thee, thou traitor!”

Over the 16th and 17th centuries, city people gradually stopped using “thou,” largely out of snobbishness and a consequent fear of offending. Because the upper classes called one another “you,” the members of the growing middle class began to do the same to show their rising social status. At the same time, it became dangerous to use “thou,” which was seen by many as insulting. In a 1660 book, one Quaker wrote that members of his faith (who used the familiar pronoun with everyone to show their belief in equality) were often beaten by “proud men, who would say, 'What! You ill-bred clown, do you Thou me?'" By the 1700s, as a result of these social pressures, “thou” had disappeared altogether from Standard English except in poetry or religious texts.

Ironically, the result for today’s English is that “you” and “thou” have switched roles. The once lowly “thou” is now seen as formal, elegant and refined because it belongs to the language of poetry and prayer. And “you,” the pronoun of status in Middle English, is now the universal pronoun used to address any person (or even any animal or object). In short, it has become just a commonplace word.

Language is always evolving, and there are many English words whose meaning or use has changed over time. Do you have a favourite example to share with us? 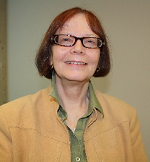 Sheila Ethier has taught English and translation at the post-secondary level and has many years’ experience in translation. She enjoys creating content for the Portal.

Thank you for this

Thank you for this beautifully researched article. I have often wondered why we have only a "you" in the English language, whereas we have both formal and informal words in many languages around the globe. I use the formal term when I speak in my first language, and hence when I speak in French to a new person I often use "vous." Many times I have been corrected and asked to please use "tu." Is it just to be more relaxed or is it also considered a little insulting—too formal—and that is why they ask me to revert to "tu"? Thanks.

I checked with a Francophone colleague to see what her take was on this, and she confirmed that it was the standard practice to use “vous” in speaking to someone that you don’t know well, especially when the speaker is young and the person spoken to is older, or when the person spoken to is in a position of authority. But when adults have passed beyond an initial acquaintance, one of them may suggest using “tu” to put the other person at ease and to signal that the other person is no longer viewed as a stranger.

One point I saw mentioned in an article in the Quebec government’s Banque de dépannage linguistique (http://bdl.oqlf.gouv.qc.ca/bdl/gabarit_bdl.asp?id=5140) is that people generally use “tu” in the workplace. In my own experience at work, anytime I have addressed senior managers as “vous” (even the first time I met them), I have always had them tell me immediately that I can use “tu.” It’s just a way of establishing an atmosphere of equality among colleagues.

No doubt you have been invited to use “tu” for a similar reason: people just want to dispense with formality and establish a more relaxed atmosphere.

Thank you for your detailed

Thank you for your detailed response, Sheila.

Terrific and interesting article. Many thanks.

Thanks, Louise! Glad you

Thanks, Louise! Glad you liked it!