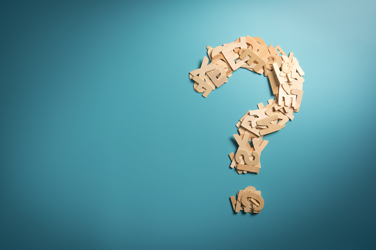 It's no secret that English is a difficult language when it comes to spelling. If you grew up attending an English elementary school in Canada, you’ve probably heard a bunch of sayings and rhymes intended to help you learn various spelling conventions. Here are a few fun sayings:

When two vowels go walking, the first one does the talking
Drop the “y,” replace with “i,” and add “es”
“Q” and “u” are the best of friends

The first example helps with figuring out the pronunciation of a word; the second is used all the time to make words that end in “y” plural; and the third is almost a hard-and-fast rule.

The rule that puzzled me for years: “i” before “e” except after “c”

This saying tells us that while “ie” is the usual order for this letter pairing, when the letters “i” and “e” appear after a “c” in a word, they should be inverted to “ei.” When I was in school, the puzzling part was encountering all the words that don’t follow this rule! How many times have you come across a word that’s spelled with a “c,” an “i,” and an “e,” and not known the order in which the vowels are supposed to be written?

When the sound is pronounced “see”

Maybe pronunciation is part of the rule, and we just forget to tack it onto the saying. Lexico agrees that when the sound is pronounced like a double “e,” the rule does apply.Note 1 The online version of Merriam-Webster has an article with additional sayings that explain more of the exceptions to the “‘i’ before ‘e’ except after ‘c’” rhyme, but it doesn’t cover all of the possibilities.Note 2 There are too many exceptions!

Out of curiosity, I turned to the Oxford English Dictionary's advanced search function to find some numerical information for comparison. First, I used the search command “*cei*” to determine how many words follow the saying and use a “cei” spelling. This search produced 191 results. Then, I used the search command “*cie* NOT *cies*”Note 3 to determine how many words don’t follow the saying, but instead use a “cie” spelling. This search produced 300 results!

As you can see in the comparison of these figures, there are more words in the Oxford English Dictionary that use an “i” before “e” after “c” spelling than what the catchy saying seems to suggest. Perhaps it would be easier to learn the order of “i’s,” “e’s,” and “c’s” without the not-so-accurate rule.

If you’re interested in learning about misconceptions that go beyond spelling, check out this article on grammar myths (opens in new tab)! And for a little bit of history on the quirks of English spelling, here’s a blog post called “Why Canadian spelling is different.” (opens in new tab)

Were you taught any other sayings to help with spelling or grammar that have lots of exceptions? Leave a comment below!

Oxford University Press. (2021). Does The Rule “I Before E Except After C” Always Apply? (opens in new tab) Lexico.com.

Merriam-Webster. I Before E Except After C (opens in new tab).

I used “NOT *cies” to avoid all the plural forms of words that end in “y” (they follow a different rule, “Drop the ‘y,’ replace with ‘i,’ and add ‘es,’” as seen above). I wanted to include only words in their original forms in order to obtain the most accurate information. 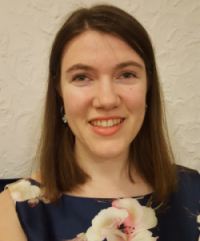 Bethany Brown is a fourth-year translation student at the University of Ottawa. She has always had a love for grammar, words and writing. She aspires to learn all there is to know about English grammar and the rhymes and sayings for remembering those rules!