Posted on
May 13, 2019
Written by
Alejandro Hernández Jaramillo (About the author) 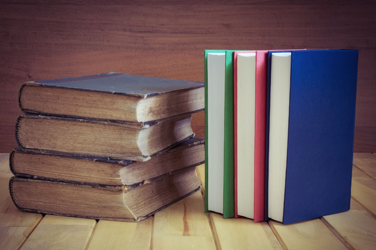 The grammar-translation method is probably the oldest method for teaching a foreign language in the West. Because its origins go back to the teaching of classical languages, it is also known as the classical method. Despite a decline in popularity due to strong opposition from a so-called "reform" movement, this method is still being used in the 21st century, in textbooks employing a teaching model in which text is translated from the foreign language (L2) into the learner’s language (L1). This is the case, for example, with the Mentor method or with Assimil’s "Sans peine" series.

How has the grammar-translation method (particularly as it involves translation of text into L1 or L2) evolved over the centuries, and what are the principles underlying it? We will seek to provide some answers to those questions in this post.

The grammar-translation method in the 18th century

According to Claude Germain, Professor Emeritus at the University of Quebec at Montreal, the starting point for learning an L2, beginning in the 18th century, was a foreign language text divided into parts, translated word for word into the learner's language (L1) and accompanied by grammatical comments, like the method used in Assimil textbooks. This didactic method of presenting the content (grammar-translation into L1) amounts to replacing a deductive grammatical approach (rules before examples) with an inductive approach. In inductive learning, the learner studies examples (texts in L2) and then identifies the rules. Metaphorically speaking, this method can be described as implicit teaching, because in the grammar-translation into L1 method, the rules are not stated explicitly before the examples are analyzed. However, it may actually be inaccurate to speak of an implicit or intuitive approach, because intuition presupposes a knowledge obtained without benefit of analysis, reasoning or reflection.

According to Jean-Pierre Cuq, pedagogical translation, which uses the traditional techniques of translation into L1 and L2, can be of value for either learning or assessment, depending on when it is used. Translation from L2 to L1 mainly tests comprehension, while translation from L1 to L2 puts the learner's knowledge of grammar into practice.

The origin and evolution of bilingual textbooks

The tradition behind textbooks that use translation into L1 or L2 as a teaching method goes back to third-century Rome, when the Hermeneumata appeared. These were bilingual manuals that included simple dialogues in two columns, with the Latin translation in one column and the Greek text opposite it. The use of dialogues may have been inspired by the Greek tradition; for example, by the dialogues of Plato.

In the Middle Ages, Latin teachers took their inspiration from the Hermeneumata and created "colloquia," that is, conversational manuals. The years leading up to the 16th century saw the introduction in England of "double manuals" designed to teach French as a language of prestige among young English aristocrats. One example of these manuals is the "Caxton Manual," a book containing dialogues and depictions illustrating everyday situations. The texts were presented in French and English, sometimes in two separate columns, sometimes alternately, line by line, in both languages. Blanchet adds that the dialogues in the double manuals (known as manières de langage) often rhymed and included comments in Latin.

In the 16th and 17th centuries, some authors, including Giles du Guez and John Locke, strongly criticized the practice of learning a foreign language by studying grammar rules; they recommended a fairly deductive method of learning by reading interlinear translations of dialogues or texts adapted to the learners' level. The order of languages varies from one author to another: sometimes the lines written in L2 precede those in L1; sometimes, the order is reversed. The interlinear translation method continued into the 20th century. A well-known example of this method is found in the Mentor textbooks, where the interlinear translation (first in L2 and then in L1) is accompanied by the pronunciation (represented according to L1 conventions) and by footnotes.

The history of the evolution of foreign language teaching and learning methodologies is fascinating and helps to shed light on how the textbooks and methods we use on a daily basis work. Do you often use the grammar-translation method for teaching or learning? What has your experience of it been? We welcome your comments. 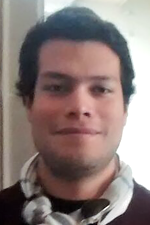 Originally from Mexico, Alejandro Hernández Jaramillo holds a degree in language sciences (from the University of Toulouse II) and in the teaching of French as a foreign language (from the National Autonomous University of Mexico). He also won a scholarship from the Quebec Department of International Relations and La Francophonie to participate in the 35th internship in the teaching of French and Quebec culture and society at the University of Montreal. He teaches French and German, speaks English and Portuguese, and has knowledge of Arabic. He would like to learn as many languages as possible, because he is fascinated by the fact that what may represent nothing but noise for some is in reality a communication system for those who speak it and know it.

Congratulations on such an

The method I prefer to use to learn a new language is to first acquire a basic understanding of the grammar rules through the translation method (for example, with a free app such as Duolingo), and then by reading bilingual articles and books about subjects I care about (usually starting with articles about the culture of the country where my target language is spoken).

This approach has made me appreciate even more the quality of certain literary translations. An example of a translation of astonishing quality is the Spanish version that Julio Cortázar (the wonderful Argentinean writer) created from the French original of "Mémoires d'Hadrien" (the novel about the life and death of Roman Emperor Hadrian, by Marguerite Yourcenar). Cortázar's Spanish version of an entrancing novel goes well beyond providing an accurate equivalent. I would recommend it to anyone who is studing Spanish and enjoys the method of reading interlinear translations (or reading the French original and Spanish translation side by side). Thank you again for this post!